The wailing and grinding of teeth had all but subsided by the time Porsche facelifted its Cayenne SUV in 2007. The people who saw the car as a giant blot on the pristine landscape of Porsche's sportscar heritage still weren't happy but they had been forced to accept that the blot had become a giant commercial success. In order to keep its cash cow current in the face of competition from the Range Rover, BMW X5 and Mercedes M-Class, Porsche brought in a thorough programme of revisions. Here we're looking at the post-facelift cars from the perspective of a used buyer.

The Cayenne was originally launched in 2002 and the all-new second generation car was taking up vast expanses of Porsche showroom space by 2010. These two dates aside, it's the occasion of the 2007 facelift that is of peak importance in the Cayenne's lifecycle. Revised engines, sharper styling and new technology were brought in to up the competiveness of the Cayenne in a cutthroat luxury SUV sector. Since its launch, the big Porsche's job had been made more difficult by the arrival of the Volkswagen Touareg in 2003 and Audi's Q7 in 2006. Both cars were based on very similar underpinnings to the Cayenne and the 2007 modifications were targeted to keep it a few steps ahead. The facelifted cars arrived in 2007 with the entry-level 3.2-litre V6 petrol engine upgraded to 3.6-litres and the 4.5-litre V8 that powered the S models and the Turbo with the help of forced induction was upped to a 4.8-litre capacity. The runny-egg headlights that the Cayenne shared with the 996 Porsche 911 were shelved in favour of pointier units with more of a malevolent gaze. The GTS variant was launched in 2008 featuring steel springs and electronically-controlled dampers for a sportier drive on the road. Even more salient was the arrival of the 3.0-litre V6 diesel engine in 2009. The idea of a diesel Porsche further infuriated the purists but it enabled the Cayenne to compete directly at the lower end on the luxury 4x4 sector where diesel was the default choice for buyers with a little less cash to throw around.

Perhaps Porsche tried a little too hard with the original Cayenne to ally it to the design ethos that had worked so successfully with the 911. As a 'sports ute' it looked rather odd, and became more ungainly the paler the colour it was specified in. The facelifted models made amends, giving the Cayenne a front end look all of its own. Where the 997 series 911 went back to round headlamps, the Cayenne received more feline looking projector beam lights and a grille that was less ungainly than before. This not only looked the part but also significantly improved cooling. The wheel arches are more clearly defined and every facelifted Cayenne model was fitted with a rear diffuser and a roof-mounted spoiler. As before, there was plenty of space inside, although if you really want a 4x4 capable of carrying a big family, there are more capacious and versatile options. The build quality of much of the switchgear was improved and Porsche also revised the materials used for the seating. 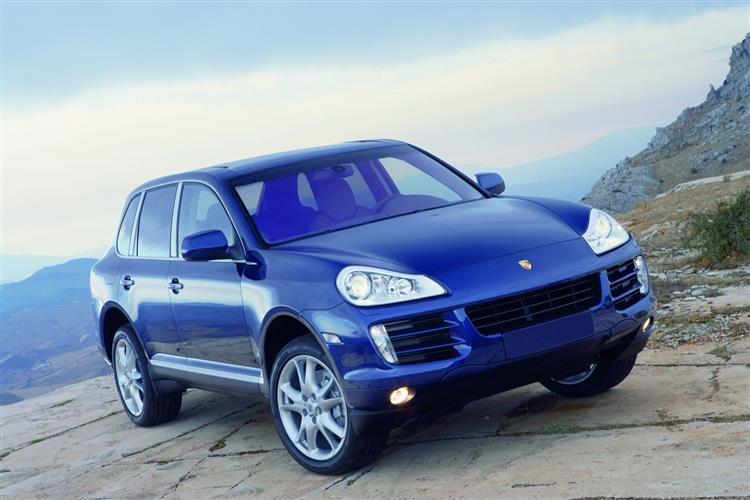