SCORES ON THE DOORS (some text hidden)

The problem with small used cars is that they often come with a lot of other things that are small. Mean warranties, tiny carrying capacities, meagre equipment lists and very little in the way of brand equity. Chevrolet's Kalos three-door offers a welcome break from these norms but adds a few other tiny features of its own. A modest upfront asking price, minuscule ongoing running costs and little in the way of rivals for this sort of money. Small wonder it's a smart used buy.

Find yourself a three-door Kalos and you can be sure of one thing: it won't be a Daewoo. Though the Kalos supermini originally arrived in the UK as a Daewoo product, it was only as a five-door. The 'sportier' three-door variant was the first product that the Chevrolet brand launched when it took over the Daewoo brand in the UK in early 2005. Both 1.2 and 1.4-litre engines were offered in three-door hatchback guise. Trim levels ranged from entry-level S through SE to range topping SX but there was also a Sport option available with the 1.4-litre engine, leather seats and a naughtier-sounding exhaust but no extra performance. The Kalos Ikon was available briefly from August 2005.

It's reasonable to expect this car to be little other than a Kalos five-door with two fewer doors. In one sense of course, it's exactly that but put the two versions side by side and it's almost like comparing you with your parents. The same DNA, the same look and feel but in one case, a younger, more get-up-and-go attitude. You have to look quite closely to see why that is, since the styling difference isn't down to any one feature. There's a different side profile of course, with completely different doors incorporating an upwardly sloping waistline and side rubbing strip. There's also different rear wheel arch profiling. But look carefully and you'll also note changes front and rear: a revised, sculpted rear bumper and a more aggressive apron under the front numberplate. Both could have come from a bodykit catalogue. Talking of bodykits, there's a more aggressive one on the Sport version of this car, along with a free flow exhaust and some nice Sport alloy wheels. Unfortunately, this variant doesn't offer anything more than the standard 94bhp 1.4-litre engine. Which is a pity, since other European markets got a proper turbocharged 'Sprint' model which, apparently, couldn't be engineered for right hand drive. As you'd expect, the three-door is a car of very compact dimensions (length/width/height 3880/1670/1495mm) yet like the five-door, it boasts one of the longest wheelbase you'll find on a supermini of this era. That means an interior that's a great deal more spacious than you might expect. The front headroom (955mm) is class-leading, as is rear legroom (900mm). For rear seat passengers to enter and leave the vehicle, the front passenger seat can be folded forward with only one hand before clicking back into its initial position. Storage space inside is pretty good. Drink cans and cups are held in place in fold-out cupholders on the centre console or in recesses at the end of the central transmission tunnel. To improve the driver's view, the top of the rear head restraints have been flattened, while the back of the front head rests are fitted with hooks to keep small shopping bags securely in place. Standard equipment includes a 70/30 split folding backrest. If you take advantage of this, the rear seat can be folded up and fixed into place behind the front seats using a special belt attached to the passenger seat headrest. This frees up 980 litres of cargo space, while with all the seats in place, there's still a reasonable 220 litres. The payload is 430kgs, so the storage space can usually be used to the full. 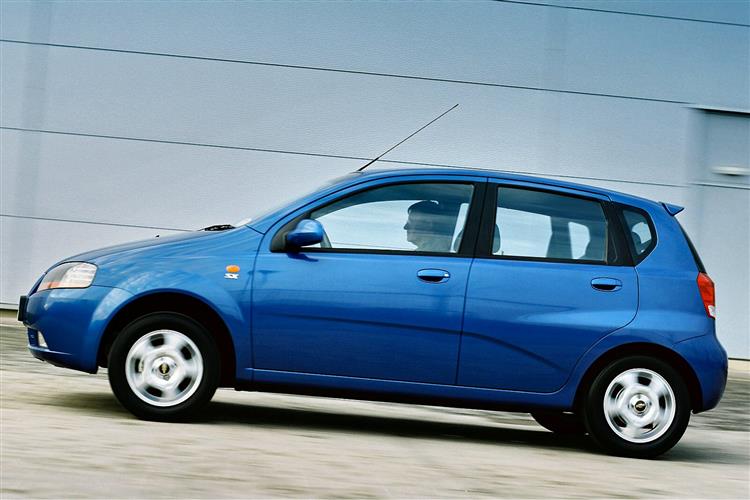