The first generation A6 proved to be a surprise success story for Audi. This was, after all, in its original form, little more than a facelifted version of the Audi 100, which was selling slowly until the range was renamed 'A6' in 1994. The only major engine changes that were effected in the transformation concerned the turbo diesel version. These were aimed at improving response, reducing vibration and increasing pulling power at lower revs. It's no coincidence then that this variant proved to be a key ingredient in the original A6's contribution to Audi's climb back into British profitability. It's equally no surprise that the first generation A6, which lasted until 1997, excellent car that it is, has proved to be much sought after as a used buy, now that the Audi image is on the up and up.

Audi never pretended that the original first generation A6 was anything other than a revised and re-badged version of the last generation Audi 100, originally released in 1991. It received its A6 badges in June 1994, a month before the arrival of the brand-new A8 aluminium limousine and nine months before the smaller A4 saloon. Engines differed little from the original 100, but did reflect Audi's continued move away from its signature five-cylinder motors. The base versions of the A6 were powered by the Golf GTI's 1.8-litre four-cylinder engine. The next model up also used a VW motor, though this time it was a 2.0-litre four-cylinder. Next up in size, but not in power, was the five-cylinder 2.2-litre S6. This car, available as both a saloon and estate, came standard with the Quattro all-wheel drive system. And for good reason too. The engine was turbocharged and the S6 was an extremely rapid machine. It sold in small numbers and was the flagship of the A6 range. Audi's own six-cylinder engine (the Volkswagen VR6 unit is completely different) powered the 2.6 and 2.8-litre cars - and there was a Quattro version of the 2.8-litre saloon and estate. The turbo diesels ranged from 1.9 to 2.5-litres and there were two versions of the latter. The five-cylinder 115bhp 2.5 was released at the same time as the rest of the A6 range in June 1994, but a 140bhp version arrived in January 1995 - the same time as the 1.9-litre four-cylinder TDi engine. Quattro versions of the 2.5 (140bhp) TDI saloon and estate were released in December 1995. The range was replaced by an all-new model in May 1997.

What You Getword count: 102

German reliability, build quality and solidity as well as a surprising amount of character. The five-cylinder S6 (in left-hand drive markets there's also a V8 S6) is nicely understated, so if you want a saloon or estate with lively performance, track one of these down. Standard equipment has always been good on all A6s, especially on the SE models and Audis are very safe cars so all the 1990s safety kit is there. The A6 had conventional airbags instead of the 'Procon Ten' safety system previously used on the Audi 100 (which pulled the steering wheel away from you in a crash). 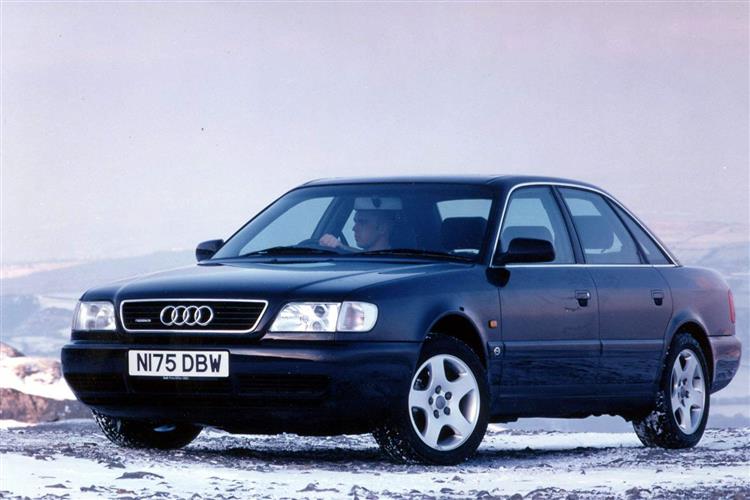