The predecessor to the more modern Brava and Bravo hatchbacks, the Tipo range, enjoyed only moderate success in the UK. Ironically, sales took off right at the end of the cars' life as Fiat discounted stocks in mid-1995 in anticipation of the new models' arrival. This was all the more unfortunate, as the Tipo was always an excellent car. A sceptical British public, who'd had their fingers and wallets burnt with old and rusty Italians from years before, were always going to be unjustly wary of the Tipo. All of this is great news for the used buyer, of course. The cars are built to last and suffer very few mechanical, electrical or bodywork problems. In fact, a Tipo is amongst the most corrosion-proof of cars you can find, new or second-hand. The high-performance 16-valve models offer thrills for not much money and the turbo diesels boast spectacular economy with a dash of Brio.

The Tipo arrived here in June 1988 as a base 1.4 or DGT, 1.6-litre DGT and SX and 1.9-litre TDs. The 1.7TD arrived a few months later and became the SX in January 1992. The base models disappeared in April 1990 and were replaced by the Formula and S. The hot hatch GT was introduced in February 1993, only five months before the range was facelifted. At this time, a three-door body was introduced as well as a modified version of the existing five-door. The range was replaced by the Bravo and Brava models in 1995.

What You Getword count: 42

A three or five-door Euro-hatch that's competent in every way and a darned sight more inspiring to drive than a contemporary Escort or Astra. The cars are generally well equipped and offer very good value for money, along with those stylish looks. 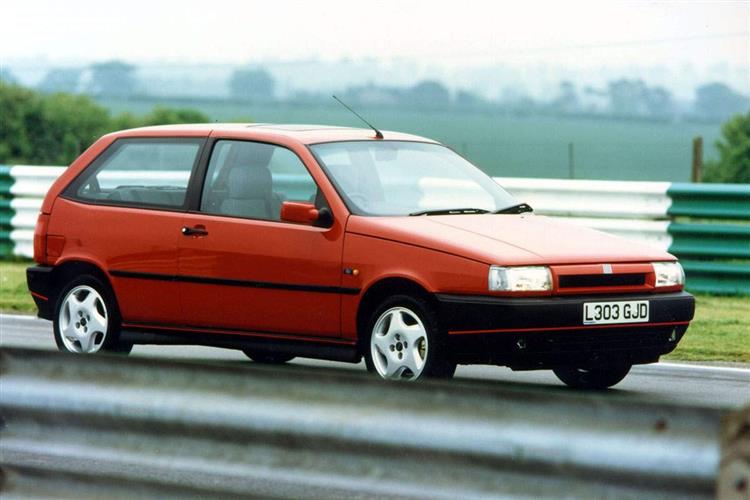