The Fiat Uno may not have rewritten the rules that underline the supermini concept, but you have to say that it achieved just about everything else. By the time the car went out of production in 1994, over five million had been sold and it was often the best selling car in Europe. Which means of course that there are plenty about on the used market. However, quality is patchy and you'll need to buy with great care.

The Uno was launched in 1983 to a warm reception. The first generation car, on sale until 1990, was a saviour for Fiat, selling in huge numbers. Several engines were available; 0.9, 1.0, 1.1 and two 1.3-litre units - including a turbo - plus a 1.7-litre normally aspirated diesel. Three and five-door bodystyles were offered and from 1988, there was a clever CVT automatic Selecta version. To be honest however, most of these will be pretty tatty by now. Better by far to stretch to one of the post-1990 Second generation cars. Here, the 'Uno 45' 0.9 and 1.0-litre engines remained; the Uno 60's 1.1-litre unit - now dubbed 'FIRE S' - had been much improved however, and the 1.3 was replaced by a fuel injected 1.4 in the Uno 70. The old 1.1-litre engine continued on for two years - but only in the automatic Uno 60 Selecta version. The 1.7-litre diesel too, was largely unchanged. For Uno 45 buyers, the 0.9-litre cars came only in Formula form, while 1.1-litre buyers could choose between Start and FIRE guises. Diesel buyers had D or DS. Finally, 1.4-litre Uno 70 customers chose from fuel injected SX or Turbo models. More affordable fuel injection arrived for Uno 70 buyers in June 1991 with the introduction of an entry-level S model. The smaller 1.0 and 1.1-litre engines received injection in September 1992, though normally aspirated 0.9-litre Formula and 1.0-litre Start models continued. A Start diesel variant was added in early 1994. Later that year, the range was finally replaced by the Punto.

What You Getword count: 23

A capable supermini with good packaging. It's cheap to buy and maintain but not as satisfying to drive as, say, a Peugeot 205. 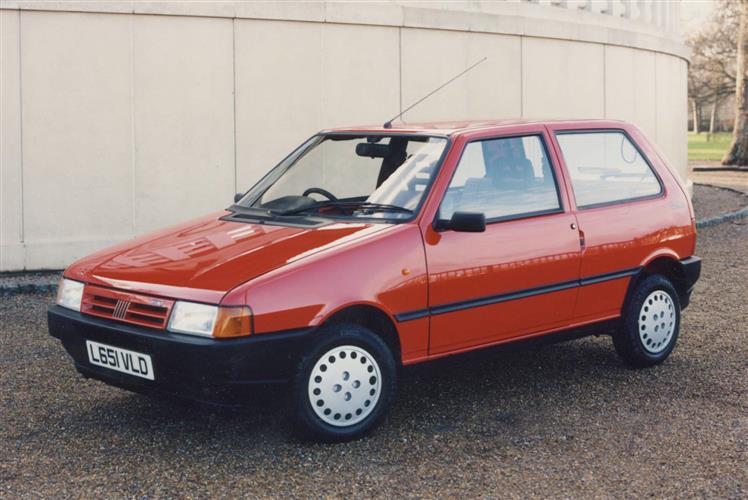