You're a family buyer. You want a large five-seater that represents great used car value for money. And you're considering a Fiat Croma. You're not? Well it's hardly surprising. After all, you probably don't even know what it is, in which case don't worry. You're not alone. Only a handful of these Italian models have been sold since the Croma's UK launch in Autumn 2005. But those that are on these shores represent a used car buyer's prime pick.

Those of you with longer memories may well remember the original Fiat Croma, the Type Four chassis that Fiat shared with Saab, Alfa Romeo and Lancia. Well, apart from also sharing its underpinnings (this time with the Vauxhall Signum), this one is nothing like the old car, so it's perhaps surprising that Fiat chose to retain a badge with little customer affection linked to it. Nevertheless, there it was, at the 2005 Geneva Show; an estate-ish sort of car with rather unusual dimensions that Fiat promised would break the mould. Moulds always were easier to break than sales records and the Croma, despite some positive reviews from the first journalists to get their hands on them, remained a problem child for Fiat dealers. Two diesel engines and two petrol units were offered from launch with three different trim levels, the top one of which, Prestigio, offers the sort of gear you'd expect in a car £10,000 pricier. Neither that nor a five-star EuroNCAP safety award convinced a sceptical public. The Croma was quietly dropped from the UK model range in 2007.

Neither saloon, MPV nor estate, the executive class but affordably priced Croma aimed to satisfy potential buyers of all three. Based on a Vauxhall Signum chassis, the Croma claimed to offer something new but in certain respects, actually stuck to a well-worn formula. By 2005, Fiat had twigged that cars offering additional versatility in smaller market sectors (such as their Punto-based Idea for example) were the ones cornering increasingly big shares of their respective markets. The Croma aimed to do the same for buyers shopping somewhere between the Medium Range and Executive sector marketplaces. Designed by Giorgetto Giugiaro, the Croma probably won't be the finest achievement on his curriculum vitae, but it's a neat, if rather unobtrusive, piece of styling. The overall shape is clean and rather bulbous with a high roofline and unusual rear wheel arch detailing. Standard equipment levels were strong from the start. Even on the entry-level model, they run to six airbags, multi-adjustable front seats, a trip computer, anti-lock brakes, a CD stereo and attractive alloys. Inside, it's all rather civilised, much like flying window seat in Club class. Suffice it to say that anyone can find their ideal driving position (the model meets the needs of 99% of the population) with the numerous seat settings (electric adjustment is an option). The Croma's biggest plus point is its sheer airiness inside. If you appreciate a bit of space, the big Fiat represents one of the best at this price point, its low waistline and expansive glasshouse combining with plenty of head and legroom all round for a genuinely roomy cabin. The boot space is well up to the mark too, offering 500 litres with the rear seats in position, rising to 1,610 litres with the seats folded flat. 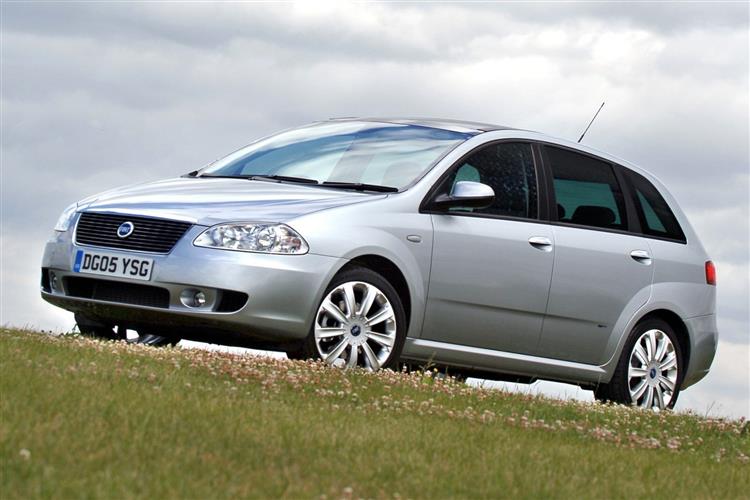