With the Freelander, Land Rover has showed the opposition just how a compact 4x4 should really be designed and built. Whilst other manufacturers have produced cars that look tough but can't really mix it off road, this British challenger is the real thing. BMW-influenced build quality means it's a decent bet as a used buy too.

The Freelander Discovery was launched in October 1997 to universal press acclaim. The body choice included three or five-door bodyshells: those who went for the three-door had the option of either 'Softback' or 'Hardback' bodystyles. In Softback form, you could fold the roof back like a convertible, while the Hardback offered removable panels. There was initially a choice of two engines; a 118bhp four-cylinder 1.8-litre 16v petrol unit (from the MGF) and a 96bhp 2.0-litre turbo diesel. A 2.5-litre V6 was developed for launch in September 2000. There were three trim levels on offer - standard, Xi and XE - and Land Rover also added a Commercial van version in 1999. Basically, the Freelander was what the Discovery wasn't; an all-new model. Instead of being put together with parts from the corporate sales bin (the Discovery for example, was originally based on the old-shape Range Rover), the Solihull-based design team had, in this instance, the cash to do things properly - some £450 million. And a new factory to build the car in. It made all the difference. In autumn 2000, a revised range was launched, with an all-new Td4 diesel engine and a top-line V6. Minor interior and exterior improvements were included into a revised range structure of S, GS and ES. In late 2003 the Freelander was comprehensively updated. There was a completely revised interior (by far the old car's weakest link) and a major external restyle including a fresh face and tail. The range also benefited from the addition of the Freelander Sport version, a model which the Solihull company claimed was their sharpest handling and sportiest offering to date. In early 2006, the range was slimmed down with the arrival of an all-new model looming. Only the Td4 diesel engine remained and it was offered with four generous specification levels called Adventurer, Freestyle, Sport and HSE.

What You Getword count: 152

Despite what Land Rover will tell you, the Freelander is no Mondeo. It does however, offer a much wider portfolio of virtues for the average family. No Mondeo could go the places this car will happily travel: potholed tracks, boggy fields, shallow rivers - all hold no fear for the Freelander family. Perhaps more significantly, a Ford, a Nissan or a Vauxhall is what it is; a competent, sensible family car, identical to thousands of others. At the wheel of a Freelander, you feel a little set apart - and not only because of that high driving position. The detail touches help. The way the window of the rear door drops down electronically at the touch of a button on the key fob so that you can load in your shopping without opening the back door. The clever elastic bars in the doors for holding drinks and bottles. You could go on. 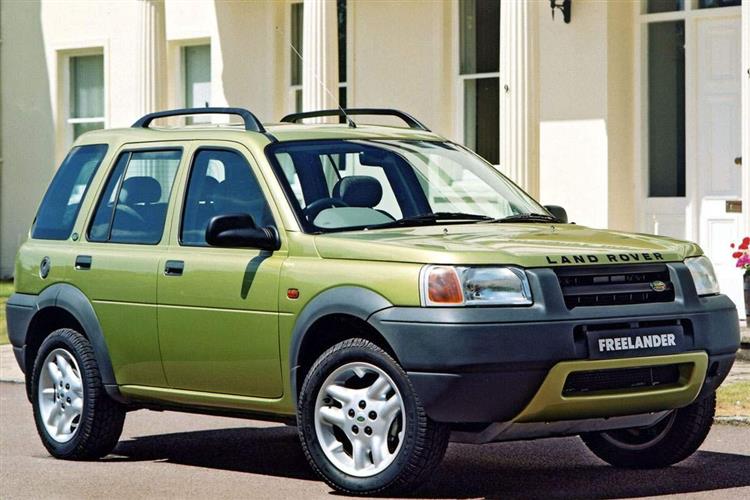