A QUESTION OF SPORT (some text hidden)

"The only automobile that you could use to compete in the East African Safari or at Le Mans, drive to the theatre or thread through New York city traffic." The theory, by Ferry Porsche. The fact: Porsche's classic 911 is still one of the world's great driving experiences. Not many of us can afford a new one; not many can afford a used example either - they're that sought-after. However, should you be in that happy position, you'll need to buy carefully.

The 911 is well over 30 years old now, yet even with the announcement of an all-new car for the 1998 model year, the design was simply a thorough update that kept the car's classic styling. Porsche dared not replace a legend with something radical. The first-generation range was improved in 1974 with wider wheels and wheel arches and more driver-friendly suspension. In addition, the famous Carrera name was reborn for the 2.7-litre version. In 1975, the 156mph 3.0-litre 911 Turbo was announced, then and now, one of the world's fastest cars. Many used customers will probably be considering the Carrera 2 and Carrera 4 series of cars, announced in 1989. Shortly after launch, these received the option of Porsche's clever Tiptronic semi-automatic gearbox. Coupe and Cabriolet models were offered, as well as the Targa, with its removable roof panels. A new-shape 911 range was introduced in 1994, initially as a Carrera 2 Coupe, then as a Carrera 2 Cabriolet. The Carrera 4 models followed at the end of the year, whilst a clever electric sliding glass roof Targa option was added for Carrera 2 customers in 1995. The Turbo flagship, with its flared wheelarches, was also introduced in 1995, in Coupe form only. Don't be confused though; Carrera 4S and Carrera 2S models were also introduced in this period with `wide body` Turbo looks.

What You Getword count: 135

A driving experience, pure and simple. This is something pretty thin on the ground these days. Ferry Porsche himself would probably tell you that in its search for perfection, the motor industry has taken from the driver and given to the machine. Certainly, the majority of today's cars need far less skill to drive quickly than did their predecessors of the Sixties and early Seventies. Those were the days when you could still bang doors at Brands Hatch and drive home afterwards. True, there were few creature comforts behind the wheel - and few concessions from the car itself once you were on the move. Still, that feeling of sports car purity made the hardship worthwhile. Heightened the pleasure in fact. Driving a 911, luxurious though it now is, brings those days back to life. 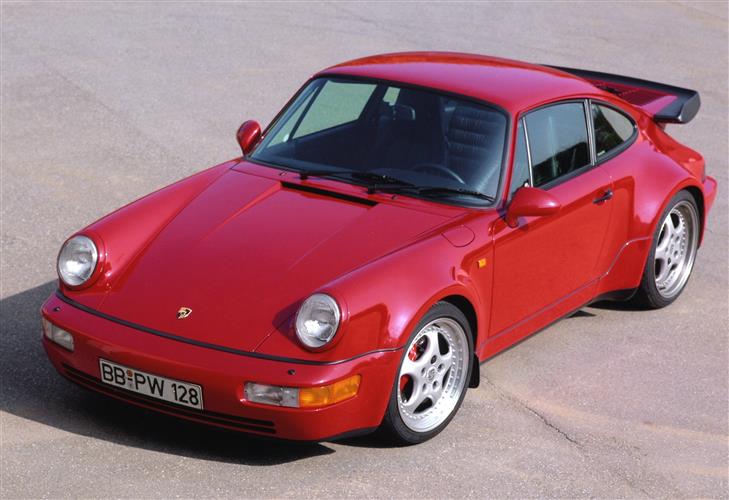