The Cayenne is the car that may have saved Porsche. With the Boxster growing old and sales of the 996-series 911 tailing off, the Weissach company needed a rapid injection of profitability and the Cayenne delivered. Designed to primarily appeal to the massive sports utility vehicle market in the US, the Cayenne is no great looker but it delivers a massive road presence, supreme badge equity and peerless engineering albeit at a price. Used examples are now filtering onto the market but residuals are holding up well.

Although the Cayenne marked a radical departure for the Weissach company, it's not as if it's the first. The VW-engined 924 drew a barrage of flak from the Porsche purists, as did the wonderful 928 and the first water-cooled 911 models. Some of the complaints are understandable. After all, financial expediency brought us the less than stellar 924 and the Cayenne smacked of similar motivation. Like the 924, the Cayenne has been developed in partnership with Volkswagen to offset the cost of developing a new model. As a result, Volkswagen's Touareg 4x4 shares much of the underpinnings, but the styling has evolved independently, with only the doors and the windscreen being shared. At first only the 4.5-litre versions were offered, either in normally aspirated or turbocharged form, and it wasn't until January 2004 that the more affordable 3.2-litre V6 model was introduced to cater for those who didn't own a private oil well. A super subtle optional dechrome pack was offered in autumn 2004 tidying up some of the detailing around the bumpers and rear tailgate. The Cayenne Turbo S was launched in January 2006 with a 512bhp output making it second only to the Carrera GT supercar in terms of horsepower in the Porsche range. The facelifted Cayenne arrived early in 2007. The entry-level 3.2 was uprated to 3.6-litres, the V8 S variant now offered 385bhp and the flagship Turbo offered 500bhp for those who could afford £75,000. A 405bhp GTS version of the V8 S was added to the range in early 2008.

What You Getword count: 278

Porsche undertook a huge amount of off-road development at places like Moab, Utah, hot weather testing in Australia, cold weather trials in Canada and so on to ensure a rugged final item. Key rivals were benchmarked, Porsche aiming to improve on their off-road capabilities. Wheel articulation is enormous, there's a proper low-range gearbox and the air suspension can pump the Cayenne up to a lofty altitude, all boosting the Porsche's off-road credentials. With a maximum ground clearance of 273mm, the Cayenne can handle most obstacles. The optional off-road package allows the anti-roll bars to be decouple for another 60mm of ride height. Naturally, much of the Cayenne's off road ability is due to its rubberwear and you'll have to choose carefully in this respect, based on your likely intended blend of uses. Cars destined for regular off road work tend to come specified with chunky all terrain tyres, whilst those destined for mostly tarmac use will probably arrive on your driveway fitted with Pirelli P Zero Rosso rubber. It's fair to say the styling has received a mixed reaction. Manifestly a Porsche from the front, the glasshouse looks somewhat 'shopping hatch' from the back whilst the bland rear is perhaps the Cayenne's least flattering angle. Oh well, function over form and all that. Porsche have thankfully resisted the temptation to attempt to cram seven seats into the Cayenne body and as a result the interior is pleasantly spacious with more luggage space than its direct rivals and plenty of leg and headroom for five passengers. The quality of fit and finish is superior to anything Porsche has produced to date, with a beautifully designed, if surprisingly conservative, fascia. 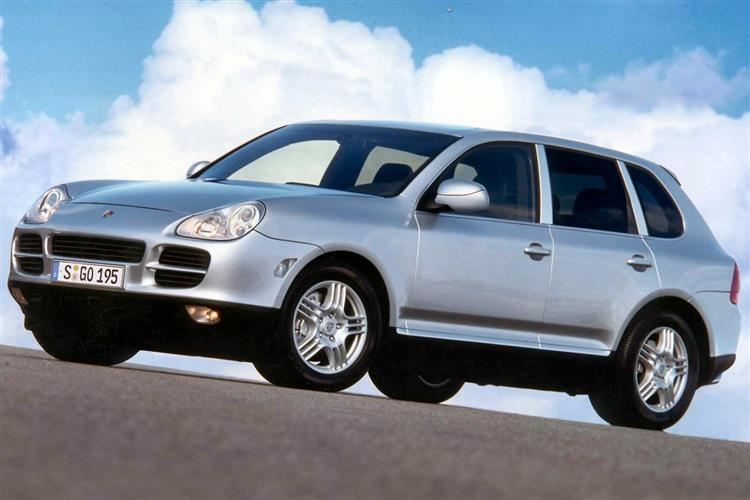