FORCE 944 FROM ZUFFENHAUSEN (some text hidden)

In many ways the 944 was a landmark car for Porsche, demonstrating as it did that a successful sporting model could emerge from the legendary 911's shadow and be respected in its own right. Although the front-engined four-cylinder format terminated with the subsequent 968 series, the 944 paved the way for smaller Porsches such as the Boxster. Following on from the unloved 924 model, this was quite some achievement, and gives some indication as to the 944's merit. Between 1983 and 1991 the Porsche 944 was the benchmark sub-supercar coupe, and with used models becoming increasingly tempting, here's a guide to show you the best way to put a Porsche on your driveway for the price of a Punto.

The Porsche 944 was developed from the 924 series, a line of cars built at Audi's Neckarsulm factory and derided by enthusiasts as unworthy of the Porsche badge. Constant development had exhausted the potential of the 2.0-litre VW engine and the logical progression was to develop an engine in-house at Zuffenhausen. Unveiled at the 19891 Frankfurt Show, the 944 was an instant hit. Utilising what was effectively half a 928 engine, the 2.5-litre four-cylinder engine developed 163bhp and was clothed in a body that was aggressive where the 924 was pretty, underlining the 944's more hardcore appeal. It went on sale in the UK at the tail end of 1982 badged as a Lux and soon garnered a loyal following. The first major revision to the 944 series came in 1985, when the 924-style interior was replaced by a more 911-style fascia, known to enthusiasts as the 'oval dash'. The suspension was thoroughly revised, a flush-mounted windscreen was fitted and an improved heating and air conditioning system was developed, along with some minor changes to the bodywork. It was at the end of 1985 that Porsche developed the 944 Turbo, sometimes referred to as a 951, arriving on these shores in 1986. Boasting 220bhp, a smoother front end treatment, bigger Brembo brakes, stiffer suspension and a stylish rear air diffuser, the 944 Turbo was, in many respects, a more complete sporting car than 911s of that year and was also the first sports car to offer twin airbags. 1987 saw the arrival of the sixteen-valve 944S, getting the Turbo's Brembo brakes and a 2.7-litre engine. The multivalve engine developed 190bhp, but the model wasn't particularly well received, many drivers complaining of a lack of torque. In 1988, Porsche built the quickest ever 944, the Turbo SE with a better turbocharger that developed 250bhp. It also boasted firmer suspension, an additional oil cooler and ABS. The 944S2 arrived on the scene in 1989, boasting three-litres of capacity and a 212bhp power output. Sharing the Turbo's smooth front end and available as a coupe or cabriolet, the 944S2 ran until the axe fell on the 944 range in 1992. In many ways the most saleable of all 944 models, the S2 is viewed by many as the best compromise between performance and practicality and set a standard that few contemporary coupes can approach.

What You Getword count: 156

The original Porsche 944 Lux is a surprisingly rugged car with plenty of tried and tested VW suspension bits and a relatively understressed engine. As it developed, the 944 grew more mechanically complex and teething problems with the early 16-valve engines dented Porsches reputation for bulletproof reliability somewhat. If well looked after, 944s are trustworthy performers, but neglected models can spring some big bills. If you're after performance, opt for an S2 or a Turbo, as the pace of progress has somewhat overtaken the 163bhp and 190bhp versions, power outputs that these days can be boasted by a decent hot hatch. Pre-1985 models should generally be avoided, as the fascia is very dated and the driving position less than ideal. Despite the laughable rear legroom, 944s are reasonably practical with a large, if shallow, load bay and manageable fuel consumption. All-round visibility is surprisingly good and the styling has withstood the test of time very well. 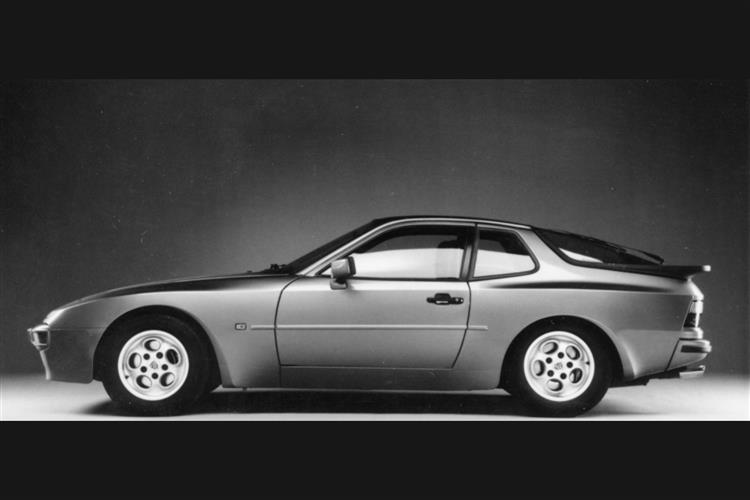