For a car designed as a stopgap model between the outgoing Porsche 944 and the forthcoming Boxster, the Porsche 968 was quite an achievement. Voted by Performance Car magazine the best handling car 1993, the 968 had a lot going for it. Despite its excellence, the four-cylinder Porsche was launched at a problem time, with recession hit Britain largely turning its back on the marque, associated as it was with eighties excess. This makes it quite a rare sight on Britain's roads, and coupled with the fact that it was only produced for three years, makes used examples less than commonplace. If you're a fan of the marque you'll know about the 968's driver appeal, its reliability and ruggedness. If not, a test drive has the ability to convert even the most hardened cynic. Since the 968 range was axed at the tail end of 1995, Porsche have gone from strength to strength, but a drive in any 968 model is enough to remind you that many of today's sports coupe's would be treated to a receding view of the Porsche's bulbous rump should they try to mix it with Porsche's brawny baby.

The Porsche 968 was originally designed as an evolution of the long serving 944 range used to plug a gap until the arrival of the Boxster model. Whereas most cars that fulfil this sort of remit are, frankly embarrassingly out of date or tarted up rehashes of an old favourite, the 968 surprised all that drove it. Yes, the Porsche 944 had developed over the years into a smooth, quick and capable car, well worthy of the Porsche badge, but few reckoned on the lengths Porsche were prepared to go to endow the 968 with serious driver appeal. The first models launched hit the UK market in May 1992, available with six-speed manual gearboxes or four-speed Tiptronic systems. The 968 coupe and cabriolet were well received by the press but received a lukewarm response from British customers. The market for expensive sports cars was in free fall and Porsche were held up as an icon of the eighties boom years. Consequently, the 968 was about as fashionable as a red braces and bow ties. It wasn't until the following year and the launch of the 968 Club Sport that the social rehabilitation of Porsche began in earnest. The Club Sport was a cut-price, stripped-out lightweight two-seat version of the 968 coupe which won just about every dynamic handling award there was to win. With a car such as this, it was easier to forgive and forget the 'greed is good' generation and concentrate instead on Porsche's reputation for beautifully engineered sports cars. Despite the plaudits heaped upon it, the 968 Club Sport never sold in great numbers, being perhaps too uncompromising for all but magazine road testers and hardcore enthusiasts. Instead the base 968 model's sales picked up due to this 'halo effect' from the headline-grabbing Club Sport. In recognition of this fact, Porsche launched the 968 Sport in January 1994, a 2+2 model with much of the cosmetic appeal of the Club Sport and with a more stiffly sprung suspension than the base model. This proved to be the range's bestseller in the twilight years of the 968's existence, right up until Porsche pulled the plug in October 1995.

The Porsche 968 came from good stock. Over the course of its eleven-year existence, its predecessor, the 944, had been honed into a car many quietly thought superior to the 911 model to which it acted as understudy. The 968 initially provoked some disappointment. The changes to the 944's lines looked bulky and slightly heavy-handed, the front lights aping the big Porsche 928's, which were undoubtedly highly chic when the 928 was designed in 1978. Mechanically, the 968 didn't appear too different to its progenitor, carrying forward the 944's big four-cylinder 3.0-litre engine. It was underneath that the men in white coats from Porsche's Weissach nerve centre had worked their magic. Not in the parts that traditionally draw headlines but in the more prosaic aspects like suspension bushings and mounting points, gearbox selection and weight distribution. The result was a car that would easily outhandle any of its rivals, but this would hold little showroom appeal for many buyers. To this end, the interior was spruced up, with an electrically operated driver's seat fitted to the standard coupe and cabriolet models. Unless you opt for the Club Sport edition, the 968 is a surprisingly practical car. The rear hatch takes a good amount of luggage, fuel economy is not disastrous and visibility is excellent. The rear seats are of token benefit for human beings and are best used as additional luggage stowage. As with all Porsches, once the initial purchase price has been swallowed, they are usually reasonably cheap to run. 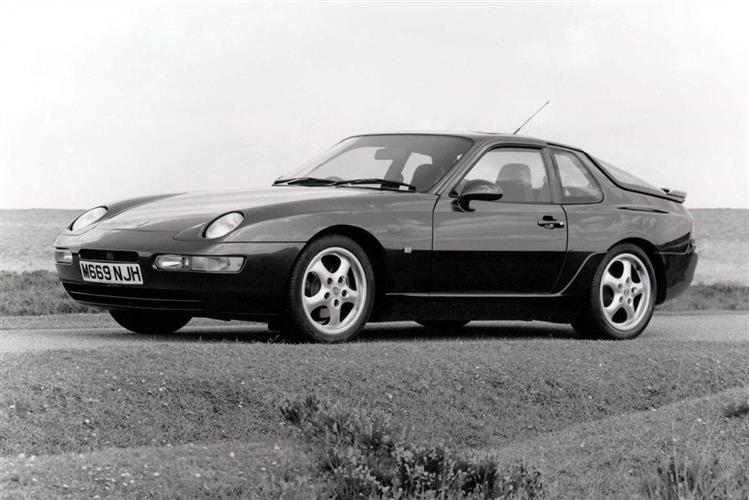