"If it aint broke then don't fix it" seemed to be Land Rover's design philosophy when approaching the Series II Discovery. Owners BMW knew that the Disco's boxy looks were well received amongst buyers looking for a no-nonsense 4x4 of the 'proper' variety, but a number of other aspects were, if not broken, then could best be described as no-longer box fresh. In a rapidly developing market, changes were necessary. Although it bears more than a superficial resemblance to the Series I, the later model was virtually a completely new car. As a used buy, does the 'tough as old boots' image translate into bulletproof reliability?

The Series II Discovery range was launched in autumn 1998. Despite looking the same as the earlier car, the only common body panel was the rear tailgate pressing. There was an all-new Td5 in-line, five-cylinder 2.5-litre turbodiesel engine and a 4.0-litre V8 in place of the 3.9 - the slow-selling two-litre Mpi petrol model was dropped. Trim levels were S, GS, XS and ES. Much more impressive road manners came courtesy of Self-Levelling Suspension (SLS) and Active Cornering Enhancement (ACE) but these were standard only on plusher variants. Other driving aids included Four Wheel Electronic Traction Control (ETC), Electronic Brake Distribution (EBD) and, most notably, the Hill Descent Control (HDC) first introduced on the Freelander. There was also a new dashboard layout and much more supportive seats with the third row now forward, rather than side-facing, together with improved security, safety and nice touches like a 'curry hook' on which to hang your takeaways. The body was made longer and wider to free up more room inside and the ladder-framed chassis was beefed up with six cross-members instead of five. In every respect the Series II Discovery was a superior beast to the original. June 2002 saw the apparently premature introduction of the 2003 Discovery, with changes to the suspension and brakes, some tweaks to the equipment levels, the option of a centre differential lock and some detail changes to the front and rear styling to bring it closer to the Range Rover 'family' look. Autumn 2003 saw more incremental changes with a centre locking differential fitted to plusher models and ISOFIX seats and Automatic Drive-Away Locking fitted across the range. Standard equipment levels also got a tweak. In early 2004, new trim designations were brought in as the all-new series 3 model loomed. Buyers could purchase Pursuit, Landmark or ES premium models with the ageing V8 restricted to the top level and priced the same as the Td5 diesel.

What You Getword count: 243

Unless you want to opt for the markedly more agricultural Defender series, it's doubtful whether you'll happen upon a better four-wheel drive tool for heavy going. The Discovery has coil springs at the front and air suspension at the back, all marshalled by Active Cornering Enhancement for on-road refinement plus Hill Descent Control and four-wheel electronic traction control ETC for when the going gets tough. The tall body may feel initially precarious, but the Discovery Series II has an admirably low centre of gravity and can negotiate steep gullies and deep potholes with ease. Bear in mind too that the Discovery has permanent four-wheel drive, not the selectable systems used by most of its Japanese alternatives (who spend most of their lives in 2WD). Though this leads to extra tyre wear, it does mean that you're always prepared for the worst. There's seating for seven inside, thanks to a foldout pair of occasional side seats in the estate compartment but note that they were not fitted to every car as standard. Rear legroom isn't as generous as you may expect, though comfort for front seat occupants has been notably improved over earlier cars. Likewise the Conran-designed dash that looked chic for about six months has been ditched in favour of a less adventurous, but ergonomically cleverer affair. The Td5 turbo-diesel engine makes more sense in this land of soaring fuel prices which means that V8 owners may be susceptible to some aggressive bargaining. 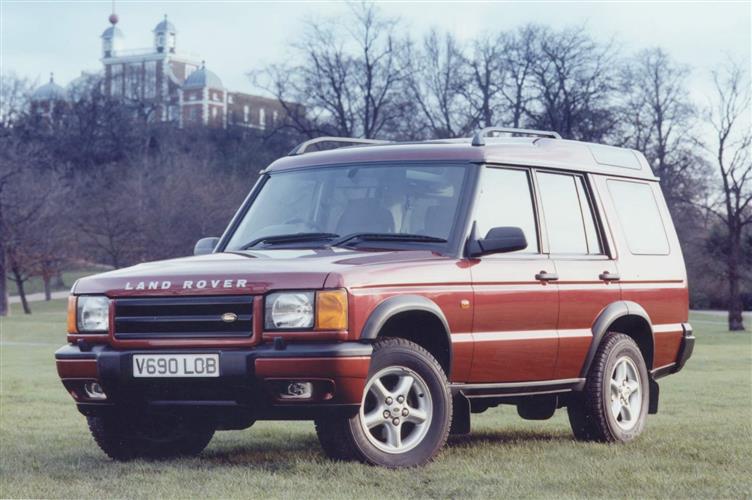