A Mazda what? That's likely to be the reaction of the pub pundits when you tell them you've just bought a Xedos 9. With sales of just a few hundred cars a year, you're guaranteed to have the only one in your street and that rarity value may well hold additional appeal. After all, who wants a BMW when they're everywhere? Along with its smaller brother, the Xedos 6, the 9 represented Mazda's attempt to break into the world of luxury sporting saloons dominated by the likes of the aforementioned BMW. The brand never quite achieved that aim -its bid to match Lexus in the States was a flop - but, with top build quality and Mazda's renowned reliability, the cars make excellent second-hand buys here in the UK. High initial depreciation makes the well-equipped Xedos 9 cracking value for money on the used car market. Early ones with the regular 2.5-litre V6 engine are a bit ordinary, but explaining how the unusual 2.3-litre Miller Cycle engine of later cars works should keep the pub 'experts' engrossed for hours.

The Xedos 9 followed the 6 onto the UK market a couple of years afterwards, in early 1994. Initially only a 'standard' version was offered with automatic transmission but, six months later, the plusher SE version arrived. Both have the silky smooth, quad cam, 24-valve V6 from the 626 and MX-6. The SE was dropped in 1995 after barely a year on sale and the standard car was upgraded with leather 'n' walnut trim plus a remote control stereo with CD autochanger. In October 1998, the intriguing Miller Cycle 2.3-litre V6 replaced the earlier engine and the Xedos 9 was given a mild facelift. Only one trim level was offered. The car eventually died in the UK in August 2001.

Mazda stylists originally built 20 full-size clay models before arriving at this graceful design with its quietly original lines recalling the lightness and elegance of a Jaguar. Indeed, strip away a little of the chrome and brightwork and the Coventry badge would rest easily on this car's sculptured flanks. The earlier 2.5-litre V6 is a superbly smooth engine but not particularly economical. If you can afford it, go for the later 2.3-litre V6 Miller Cycle engine whose arrival coincided with a minor styling update and improved interior. The Miller Cycle (named after Danish-born Ralph Miller) is quite a clever way of making smaller capacity engines behave like larger ones. At the beginning of the compression stroke, the inlet valves are closed later than normal, which raises the capacity of the cylinder and increases power without affecting fuel consumption. Clever stuff. In this case, thanks both to Miller magic and the addition of a Lysholm turbocharger, the Xedos 9's 2.3-litre V6 engine has been made to behave like a 3.3, with power leaping from 166 to 203bhp and torque rising an astonishing 35% to make overtaking a cinch. Yet the kind of appalling fuel consumption you'd expect from a 143mph super saloon of this prodigious capacity simply doesn't materialise: you should get close to 30mpg in day to day use. 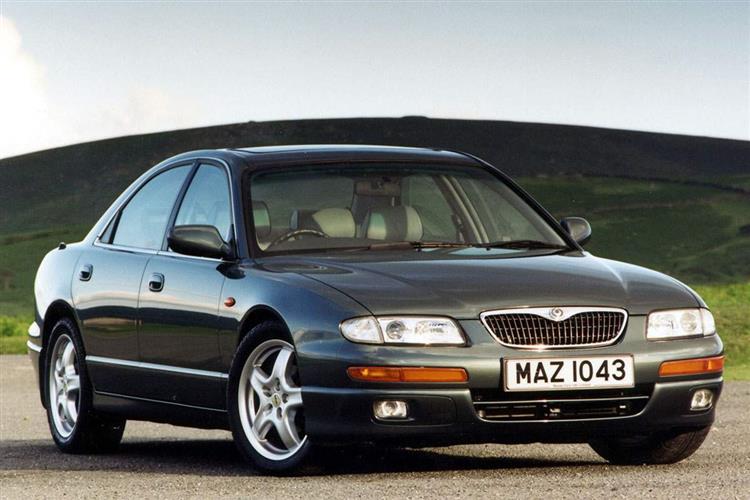