The British may have invented affordable open-topped sports cars but it was the Japanese who popularised them in the modern era. It was an era started by just one car - the Mazda MX-5. Designed by an American, its shape shamelessly mimics that of an old Sixties Lotus Elan and still looks good today alongside much more modern competition. Demand is huge for this affordable little ragtop on the used market, so prices stay high. Still, as an extra car for fun, you can hardly beat it.

In the late Eighties, European car makers said that there was no demand for affordable open-topped sports cars; we had GTi hot hatches instead. Mazda thought differently. But while the competition talked about bringing the concept back to reality, only the company from Hiroshima actually got on and did it. The result, launched in the UK in 1990, was the MX-5 Miata (though the Miata name was not used here). It was a car conceived, designed and built by enthusiasts. To say that the car has been successful is probably the understatement of the year. Close to half a million are on the roads world-wide and even in rainy Britain, annual sales are higher than ever. Originally, the car was offered in just one form, with 1.6-litre power. In 1994, however, a more potent 1.8-litre version was added to the line-up, offered in standard and plusher S variants. Various special editions - including the SE, Gleneagles, Monaco, Merlot, Harvard, Monza and California were offered. In April 1998, the range was replaced by an all-new second generation version.

What You Getword count: 117

The MX-5 could not be described as a technically advanced car, though major changes to the suspension and safety specification did take place in the 1994 upgrade. Rather, it's a 1990s version of the traditional MG. Like the car from Abingdon, it has rear wheel drive in preference to a modern front-drive system. And there are cute, bubbly looks which seem to remind the enthusiast press of a latter-day Lotus Elan. Chrome bezels surround the instruments, while the Minilite alloy wheels are direct copies of an old British design. On paper, it sounds all very sensible, if rather unimaginative. On the road, the result is the return of a long-forgotten quality to budget motoring; the driving experience. 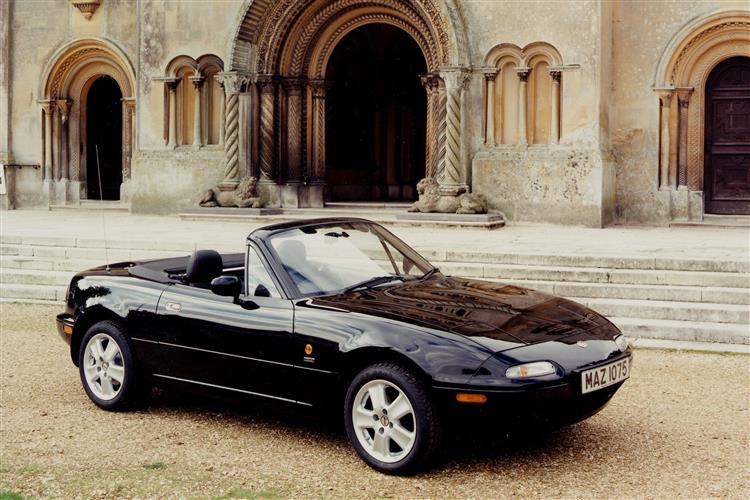