From launch, Porsche's first fully battery-powered model, the Taycan, was billed as the company's first all-electric sports car. Can a sportscar also be an SUV? Porsche's insisting that it can - and to prove the point, has brought us this Taycan spin-off model, the Taycan Cross Turismo.

Porsche has now long been a company as much about SUVs as sportscars. So it's natural that the brand's EV development should reflect that. The eye watering level of investment needed means that it needs to anyway. Which is why the Taycan range has been broadened to include this crossover model, the Taycan Cross Turismo. It might look like something from Spielberg film and a car that can't quite make up its mind what it wants to be - Porsche doesn't like calling it an 'estate'. But it's likely to be the most popular of the Taycan models going forward and, little surprisingly, does have a degree of (optional) prowess for limited use off a paved surface. Sounds intriguing.

The Cross Turismo shares the same powertrain options as the normal Taycan, save for the fact that it can't be ordered with two things most customers for this Porsche EV don't tend to want anyway - rear wheel drive and the smaller 79.2kWh battery pack. All variants get the Taycan's usual twin e-motor set-up, with the rear unit driving a 2-speed transmission with a shorter initial ratio optimised for initial acceleration. The standardised 93.4kWh 'Performance Battery Plus' set-up will take the car anywhere between 241 and 283 miles, depending on variant and the conditions. Though not if you exercise your right foot as you'll be tempted to. All derivatives are almost indecently fast for anything proporting to be an SUV. Even the base 4 Cross Turismo variant has 380PS and gets to 62mph in just 5.1s en route to 137mph. The 490PS 4S version improves those stats to 4.1s and 149mph. Both the Turbo and the Turbo S variants develop a standard 625PS, but also feature a Launch Control feature that for short periods can boost that to 680PS on the Turbo and as much as 761PS on the Turbo S, the latter as a consequence able to demolish the 0-62mph sprint in just 2.9s. A must-have in our view is the 'Off Road Design Package', which adds an extra 'gravel' drive mode and an extra 10mm of ride height, so you can make assertive progress down the kind of light, unpaved roads that would damage an ordinary Taycan. You'll unsettle your passengers if you do that though; there's no 'comfort'-orientated drive mode and you can expect a firm feel. 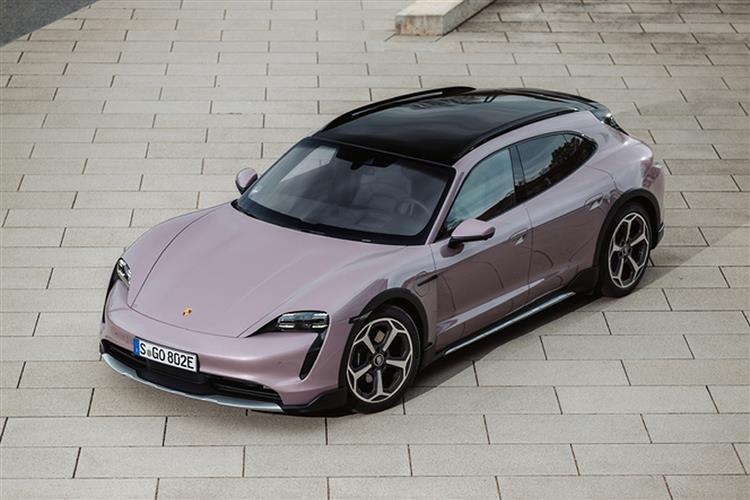