ONE TO WATCH (some text hidden)

The X1 can be had with BMW's plug-in technology. Jonathan Crouch takes a look at the xDrive25e variant.

For its more compact models, BMW has plug-in hybrid technology based around a 1.5-litre petrol engine and an all-wheel drive powertrain - which is what features here with this X1 xDrive25e variant. As usual with a PHEV, the stats are quite compelling: a BiK taxation rating of just 10%, around 32 miles of all-electric driving range, up to 40g/km of CO2 and up to 166.2mpg on the combined cycle. But there's a price to pay for this kind of technology - and a few practicality compromises to make.

BMW has had plug-in tech for a car of this size for some time, launching it back in 2016 with its small MPV, the 225xe Active Tourer. Strangely, it took the Munich maker until 2020 to install the same powertrain into its much stronger-selling X1 crossover, creating the car we're going to look at here, the X1 xDrive25e. Fortunately for BMW, rivals have been equally tardy with introducing PHEV technology into the premium part of the compact SUV segment, this X1 xDive25e hitting the market at about the same time as plug-in versions of direct rivals like the Mercedes GLA and the Volvo XC40. How competitive can it be? Let's find out.

The X1 xDrive25e petrol/electric Plug-in hybrid uses the same powertrain we've already seen not only in BMW's 2 Series Active Tourer 225xe but also in the MINI Countryman PHEV. It mates a 124hp version of the '18i' model's 1.5-litre three cylinder petrol engine driving the front wheels with an 95hp electric motor, which powers those at the rear and draws its energy from a rechargeable 9.7 kWh lithium-ion battery. This set-up works via a 6-spped torque converter auto gearbox and makes possible front, rear or four-wheel drive capability, depending on the chosen driving mode. Ah yes, modes; let's get to them. Three extra settings feature in the xDrive25e's 'Driving Performance Control' system - 'MAX eDRIVE' (which keeps progress all-electric), the 'AUTO eDRIVE' setting (which switches between power sources as necessary) and 'SAVE BATTERY' (which reserves your all-electric battery range until you particularly need it - say in urban motoring at the end of a motorway trip). If you can ignore this focus on frugality and use all of this Plug-in hybrid model's performance, you'll find that there's plenty of it thanks to a combined system output of 217hp and 385Nm of torque. 62mph from rest takes just 6.9s and top speed is 119mph. Keep the PHEV battery topped up and a WLTP-rated all-electric driving range of up to 32.3 is possible - though not if you push the limits of the 84mph all-electric top speed. 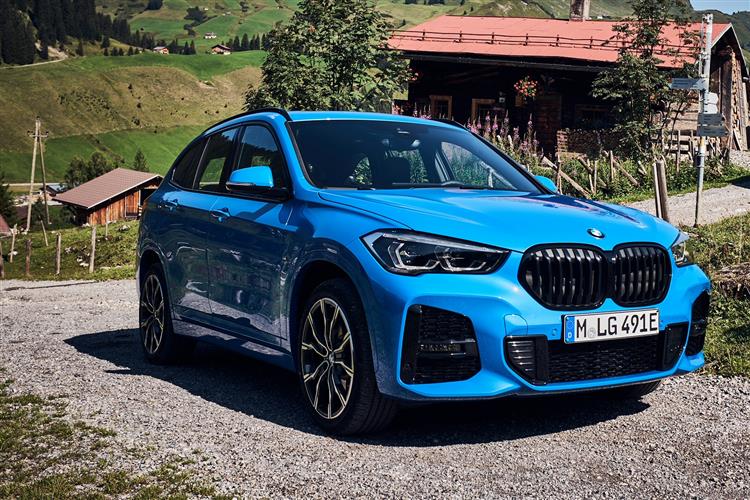