There wasn't much wrong with Vauxhall's seventh generation 'K'-series Astra that a few good engines wouldn't have sorted out. These have been added as part of the updates made here, delivering efficiency gains that might cause careful family hatchback buyers to see this car in a whole new light. The hatch and Sports Tourer variants on offer both get extra technology too. Think you know the Astra? Maybe it's time to take another look. Here, we try the 1.5 Turbo D version.

According to Vauxhall, over a quarter of all British drivers have at some point either owned or driven an example of their Astra family hatch in the forty years this model line has been on sale. A pretty significant car for our market then - and it still is, hence the importance of the changes made to this seventh generation model, improvements the brand hopes will rejuvenate its appeal. We always recommended this design highly as an all-round driver's car and - if priced rightly - as a complete family hatchback package. Plus, for what it's worth, it's still made in this country - the only Vauxhall apart from the Vivaro van that now is - though it looks as if that might change in future. For the time being though, the Astra wears its British badge proudly and wants to convince you that the 3 million UK sales this model line's racked up since 1979 undergird a product with a depth of development that rivals can't match. It's certainly an under-rated car. But is it one you should consider buying? Let's find out at the wheel of the Turbo D diesel version.

We'd forgotten how good the Astra is to drive; if you happen to be familiar with the original version of this 'K'-series seventh generation model, you might not have. Relatively light weight and a clever Watts linkage suspension system made the handling of that car beautifully balanced, something further enhanced by the dynamic improvements made to this revised model - revised spring and damper rates that improve the ride over poor surfaces and fresh calibration for the steering which improves body control at higher speeds. The lighter three cylinder engines now fitted here also help in this regard. Here, we opted to try the diesel, which is 1.5-litres in size and offers choice of either 105PS or, as in the case of the car we sampled, 122PS outputs. Choose the gutsier engine and you'll be offered the option of Vauxhall's first 9-speed auto gearbox, a torque converter unit that shifts smoothly but isn't especially eager to kick down. At which point you notice this diesel's rather vocal character - something also evident when the car's idling. Don't get us wrong; in refinement terms, it's a useful improvement over the old 1.6-litre CDTi unit and there are really no significant issues at cruising speeds, aided by this revised design's aerodynamic improvements. Overall though, rival diesels in this class still feel a little more hushed. 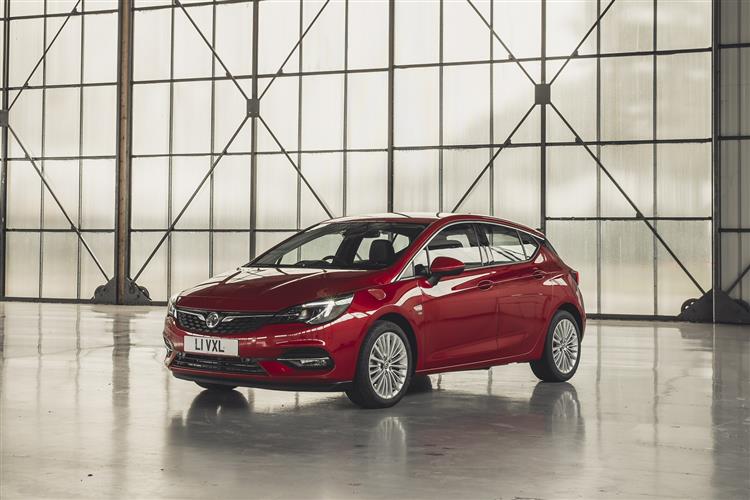