THE FAST SHOW (some text hidden)

The fastest Vauxhall Insignia, this Gsi model, isn't quite as wild as its Insignia VXR predecessor was but it's smarter and arguably faster in the real world. Four wheel drive is still a key part of the package now based around 230PS 2.0-litre petrol power, with near 150mph performance. Plus there's a new 9-speed paddleshift auto gearbox and some clever electronics to get torque to the tarmac. It's a lot of car for around £35,000.

Vauxhall has a very creditable history when it comes to high performance versions of its sporty mainstream models and some of the very best of them were made in the Eighties and Nineties sporting 'GSi' badges. That's a moniker the company revived at the launch of this Insignia GSi in early 2018. Ex-DTM Champion Volker Strycek and a crack team of engineers were briefed to take this fairly standard package and create something really special from it. They lowered the car, gave it bigger brakes with grippier tyres and added stiffer springs that work through a bespoke FlexRide adaptive damping system with an extra 'Competition' setting. They also added a twin clutch differential for the rear axle which allows more torque to be sent to the outside rear wheel when cornering. All of this was honed throughout an extensive development programme at the classic Nurburgring Nordschleife racetrack. More recently, this model gained a new 2.0-litre 230PS petrol engine, creating the car we're going to look at here.

This generation Insignia Gsi has never had the throaty V6 powerplant used in its VXR predecessor model, but it has been fitted with quite a variety of engines. The original launch fanfare was based around the fact that in 2.0-litre 260PS petrol form, it was faster around the industry's benchmark test track, the infamous Nurburgring Nordschleife; 12 seconds faster in fact. But that powertrain didn't last very long for UK buyers and the Insignia Gsi range was quickly slimmed down to a single 210PS CDTi turbo diesel. Now that engine's also been discontinued and buyers of this car instead revert to a new 2.0-litre petrol unit with cylinder deactivation, this engine developing 230PS. But of course it's not what you have but how you use it. The Brembo brakes and direct steering system of this enhanced Gsi model have been improved but otherwise, all the handling mechanicals remain unchanged. This car's sophisticated intelligent all-wheel drive system uses a state-of-the-art rear torque vectoring system. Here, a clever twin-clutch set-up - the so-called 'Twinster diff' - can apply torque to one or both of the rear wheels independently. When cornering quickly, more torque is sent to the outside rear wheel, improving traction and ensuring that there's far more of a feeling of precision when you turn in. That's ideal if, for example, one of your wheels happens to be slightly off the ground, as it might be if you were taking a fast, bumpy turn at speed. This new engine is mated to a freshly designed, super-slick 9-speed auto gearbox that comes with the requisite steering wheel paddles. It offers 350Nm of torque and a 62mph sprint time of well under 8s. The brand's 'FlexRide' driving modes system is standard, complete with adaptive damping. The driver can choose between the driving modes 'Standard', 'Tour', 'Sport' and - exclusively for the Gsi - 'Competition'. 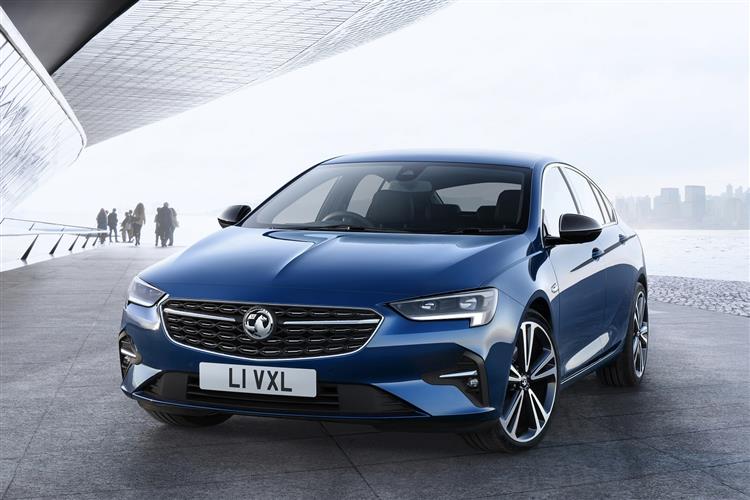