The Z-Sport special edition offers MX-5 Roadster buyers - who are happy with 2.0-litre power - some additional equipment and a unique interior finish for a modest premium. Jonathan Crouch reports.reports.

A high-end MX-5 special edition, the Z-Sport stands out with its 17-inch BBS alloy wheels, Cherry Red fabric hood and 'Machine Grey' metallic paint, a model that keeps a tried and tested formula fresh. Available only with the 2.0-litre SKYACTIV-G engine, it's bound to be popular.

Mazda claims to have sold 100,000 MX-5s in the UK and I'm tempted to think the number of special edition models it has offered for sale is only slightly less. The latest is the Z-Sport, and as special editions go, it's one of their better efforts, this time based on the higher-powered 2.0-litre variant. Sales of roadsters have dropped off in recent years as the market for small cabrios has swelled with new arrivals, but Mazda is fighting back with keen value for money, sticking to a design philosophy that's even more relevant now than when the MX-5 was first launched in the UK, over twenty years ago. Indeed, the brand's use of light weight construction and fuel-efficient engines has been copied by many rivals looking to share its success.

As previously mentioned, the Z-Sport comes only with the MX-5's top 160PS 2.0-litre SKYACTIV-G petrol unit, but arguably that's the one to have with this car, offering everything you need and nothing you don't. It can't offer the last word in searing pace but you can get to 62mph in 7.3s on the way to 133mph, which is probably about as fast as you'll need to go. Anyway, straight line speed was never what the MX-5 was about. Instead, this model has always majored on tactility, usability, comparatively modest grip levels and a chassis that's helped generations of drivers get to grips with rear-wheel drive dynamics. Through the turns, MX-5 Z-Sport buyers will certainly be extracting plenty of enjoyment from the sweet chassis. There's a little more roll through corners than you might expect and the engine can't boast a particularly inspiring soundtrack but there's a huge amount of fun to be had behind the wheel. 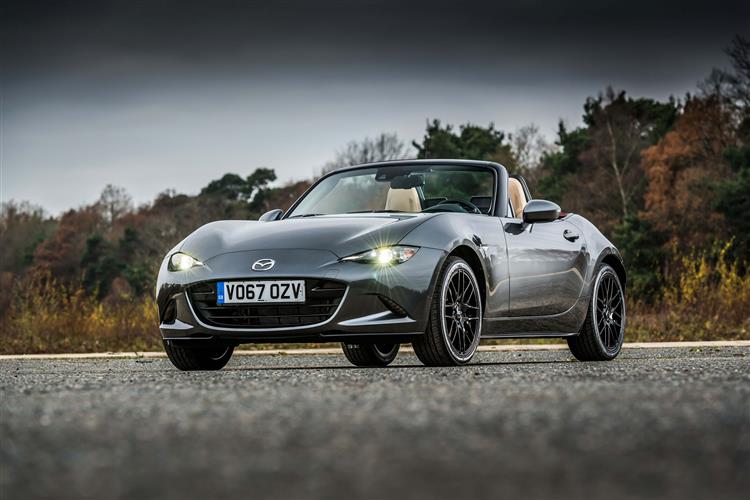