A CLASS EFFORT (some text hidden)

We know the Mercedes S-Class is something special, but does that sense of specialness extend to the entry-level version, the S350d? Jonathan Crouch reports.

The Mercedes-Benz S350d might be the first step on the S-Class ladder but that doesn't mean it's been short-changed in the talent department. This improved model gets a new 2.9-litre six cylinder diesel that's significantly more efficient than the previous 3.0-litre unit. Capable of 155mph, 52.3mpg and offering a hot-stone effect massage, this is still the large luxury saloon segment class benchmark.

Imagine being charged with designing a Mercedes-Benz S-Class. It absolutely must be recognised by anyone who counts as the best car in the world. No pressure there, then. For as long as most of us care to remember, the S-Class has long been the go-to vehicle if you wanted to neatly encompass where the development of the horseless carriage had evolved to. But is that still the case? Mercedes wants to assure us that it is with this much improved model. It's only a facelift of the sixth generation design but it's a more widely ranging mid-term update than any Mercedes has ever introduced. The key change is the introduction of a new 2.9-litre diesel engine for the variant most customers in our market buy, this S350d.

This improved S350d is powered by a completely new 2.9-litre in-line six cylinder diesel motor developing 286bhp. This powerplant uses variable valve lift control for the first time and is mated to a new, even smoother 9-speed 9G-TRONIC auto gearbox. In the S350d, 62mph from rest takes just 6.0s en route to an artificially-limited maximum of 155mph and on the move, the electronically controlled air-sprung suspension delivers ride quality that rivals can't quite match. Its incorporated MAGIC BODY CONTROL' set-up now incorporates a further curve-tilting function that tilts the body by up to 2.65-degrees through the bends so that passengers will hardly notice it as you go through tighter turns. The nine-speed gearshift slurs its way between gears beautifully both up and down the box and it's only when you really start to drive the car that the software can occasionally prove a little dull-witted. Although some have complained about the throttle response in Comfort mode, I think it's beautifully judged, allowing you to measure progress without ever jarring the driveline. 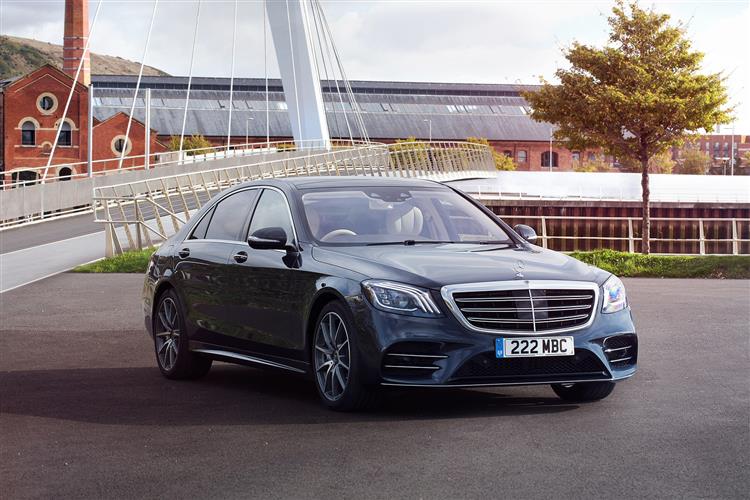