Mazda's CX-5 is a mid-sized SUV with a loyal following. Jonathan Crouch checks out the improved MK2 model to find out why.

Mazda's CX-5 mid-sized SUV has been thoroughly rejuvenated in second generation guise - and more recently improved still further. As before, it's a good compromise between a Nissan Qashai-style family Crossover and a Toyota RAV4-style SUV, offering good driving dynamics, efficient running costs and decent practicality. This may not be the first car you consider in this sector, but try one and you might just think it to be the best.

The CX-5 has proved to be a crucial car for Mazda. Launched in 2012 relatively early on in the current craze for mid-sized SUV and Crossover models, it's since sold prodigiously. To the point where this model line now accounts for a quarter of all the Japanese brand's global sales. Over 1.5 million CX-5s have been sold worldwide, with 32,000 examples having found UK owners. Will those people like this sharper-looking second generation version? It'll be interesting to see. The engine-ware hasn't changed but almost everything else about this car has, with higher quality, greater infotainment connectivity and slightly more involving handling. It'll need to be good in the face of crowded competition for sales of cars of this kind. Let's judge this CX-5 on its merits.

A lot has changed about this second generation CX-5 - but not under the bonnet. So the same range of SKYACTIV engines are carried over into this MK2 model. That means the 2.0-litre 165PS 'SKYACTIV-G' petrol unit that hardly any UK buyers choose and which can only be ordered with front-wheel drive (though it does now feature an auto option if you want it). And the volume 2.2-litre 'SKYACTIV-D' diesel unit which is offered with either 150 or 184PS and can be specified with the options of AWD and auto transmission. Like many new-era Mazda models, this one's a product of the company's 'Jinba-Ittai' 'car-and-driver-as-one' philosophy which aims to deliver more focused levels of levels of driver engagement and comfort. This time round, particular attention has been paid to reducing noise and vibration within the cabin. Plus a 15% improvement in torsional body rigidity, along with refinements to the steering, suspension and brakes, all contribute to an improvement in the handling precision that marked out the previous model. Further helping in this regard is a freshly introduced 'GVC' 'G-Vectoring Control' torque vectoring system that transfers traction to the wheel most needing it when you're going at speed through tight corners. And off road prowess? Well, as with the systems employed by most of its rivals, this car has a set-up in which the torque is automatically split according to the terrain you're on, so it can direct 100% of drive to the front wheels in normal conditions, with up to 50% then directed to the rear wheels if slip is detected. 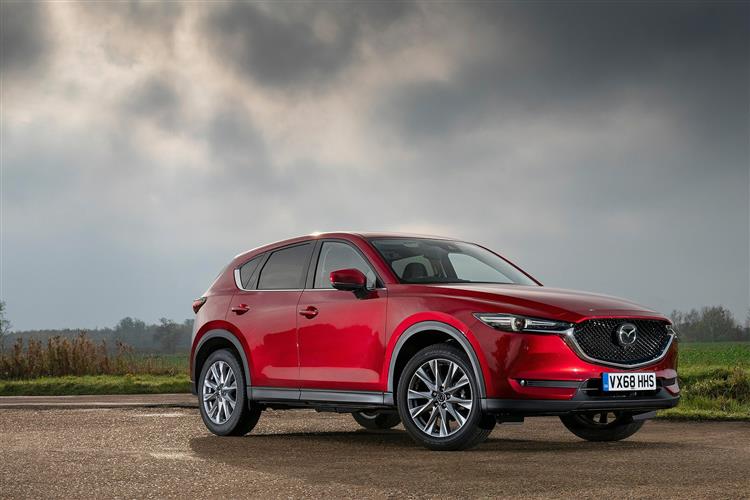