Renault's Kadjar crossover is the big brother to the Captur. The French company might have been late to this game but it's catching up fast. Jonathan Crouch checks it out in improved Blue dCi 115 diesel form.

Renault's Kadjar is the second small SUV in the French maker's range, slotting in just above the supermini based Captur crossover. It shares a platform with sister company Nissan's highly successful Qashqai but, with an emphasis on comfort, connectivity and safety, the Kadjar creates its own identity in a highly competitive market and has recently been usefully improved. It will appeal to those who are looking for something a little more stylish but who still need space for up to four passengers and for all the kit they'll be lugging around. Arguably, it makes most sense in volume 1.5-litre Blue dCi 115 diesel guise.

Renault has always sought to bring something a little different to the party. Some of its past designs haven't quite hit the mark but in recent times the company has rediscovered its mojo and delivered a contemporary brand of design language that's proved very popular with European car buyers. Recently, the Parisian producer has turned its attention to one of the fastest growing segments, the family Crossover, launching this Kadjar model in 2015, then improving it in late 2018 to create the car we're going to look at here in diesel Blue dCi 115 guise. The 'Kadjar' name rather tenuously links the French words for "Quad" - as in four wheel drive - and "Agility". This Blue dCi 115 variant though, comes only in 2WD form.

The Renault Kadjar is as accomplished on the road as you might expect from a car sharing the Qashqai's underpinnings. It is built for comfort rather than performance but that's no bad thing, given that this is a family crossover. The simple engine choices give sufficient flexibility should your preference be for low running costs, decent performance or an automatic transmission, while the option of 'Intelligent four-wheel drive' should give you the confidence to head off the beaten track should the need arise. We should point out that you don't get the 4WD option on the base diesel 1.5-litre Blue dCi 115 variant we're looking at here. Still, that won't unduly bother most SUV Crossover buyers, few of whom will want to shoulder the extra cost and weight of an all-wheel traction system. The 1.5-litre unit used here is a willing unit, though obviously not quite as torquey as the alternative 150hp 1.6-litre dCi diesel offered at the top of the range, so it won't be as appropriate if you're looking to do some towing. The 62mph sprint from rest in the Blue dCi 115 occupies 11.7s en route to 117mph, which should be enough for most. 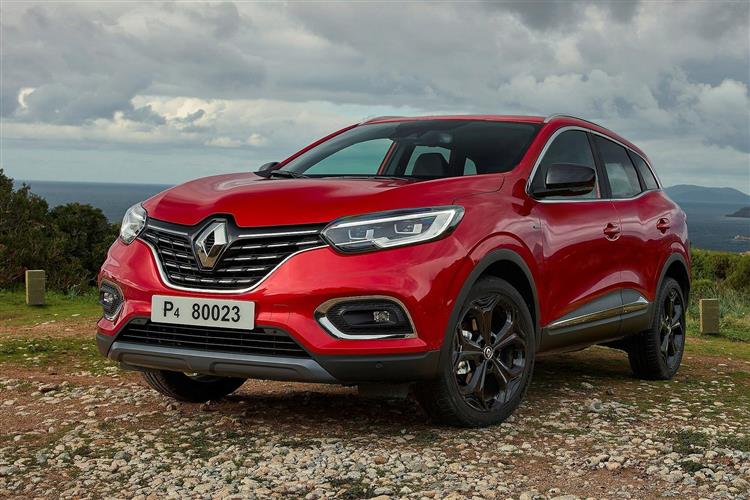