The Kadjar is Renault's first credible family-sized Crossover model and you have to have it in Blue dCi 150 form if you want it with 4WD. That's the engine Jonathan Crouch looks at here.

Renault's Kadjar is a family-sized SUV Crossover model that's smart, sensible and, in its way, quite aspirational. Developed from much of the same technology that brought us the segment-leading Nissan Qashqai, it's certainly a more interesting family choice than that Focus-class hatch you might have been considering and, in top Blue dCi 150 diesel guise, there's the option of 4WD if you want some substance to go with the style.

For a long time, Renault was never able to offer us a class-competitive family-sized Crossover model. Here's the car that has put that right, the Kadjar. At first glance, many dismissed this car merely as a Nissan Qashqai with a Renault re-style but there's much more to this Crossover than that. Though the two vehicles do share 60% of their parts, Renault claims that 95% of what you see and feel in a Kadjar is completely new. It's certainly sharply styled and is able to offer a bigger boot than its Nissan counterpart. There's more affordable pricing too, especially when it comes to more powerful engines and the option of four wheel drive. Sounds promising doesn't it? Time to put this car to the test in Blue dCi 150 diesel form.

This, we're told, is the 'ultimate urban adventurer'. It certainly a good indicator as to just how far this class of car has come. Larger Crossovers have always been lighter and less clunky than proper SUVs but they've still tended to be a little compromised in comparison to the conventional family hatchbacks they're usually based upon. This one irons away many of these issues. Like all the best family SUV Crossover models, this Kadjar requires very little acclimatisation once you set off behind the wheel. Unless you really start to throw the thing around, you'll find that it handles just like any ordinary family hatchback and rides probably better than most of them. If you want responsive power on tap - or the option of 4WD - then you'll need to stretch to the top Blue dCi 150 diesel unit that we're testing here. This puts out a useful 320Nm of torque and makes 62mph from rest in about 10s en route to nearly 120mph. Those are figures that slightly deteriorate if you opt for this variant with 4WD, but the extra tractional benefits of an all-wheel-driven version will be well worth having in the winter months. This is one of those on-demand set-ups that can transfer up to 50% of power rearwards should a loss of traction demand it. 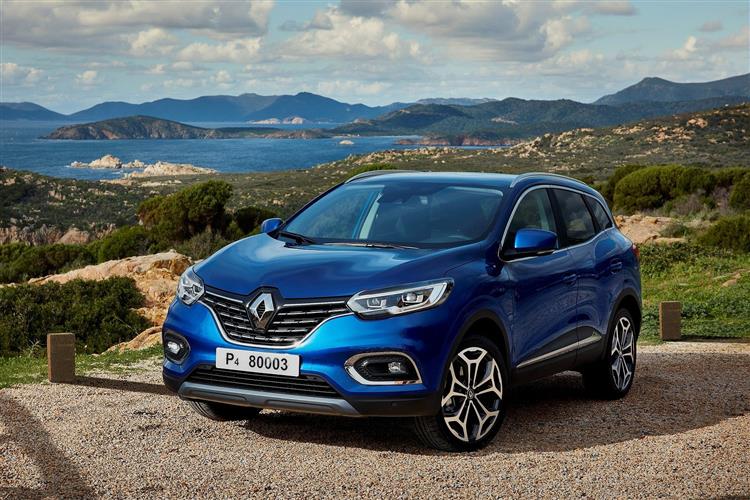