Audi's revised MK5 model A4 is at its most accessible in base 35 TFSI petrol guise. Jonathan Crouch takes a look.

Almost all Audi A4 buyers opt for a 2.0-litre TDI diesel. For around £1,750 less though, there's the option of this 1.5-litre '35 TFSI' petrol model that develops the same 150PS output and still manages to return over 42mpg on the WLTP combined cycle and around 129g/km of NEDC-rated CO2 while running on cheaper green pump fuel. Is it a better bet?

If you're after a compact executive saloon - say a BMW 3 Series, a Mercedes C-Class or, as in this case, an Audi A4 - you opt for a diesel. It's a given isn't it? Well not necessarily. In revising its fifth generation A4 range, Audi has placed renewed emphasis on petrol power, including within the line-up a 2.0-litre TFSI 190PS petrol engine that offers an astonishing balance between power and frugality. And, slotting in just below that unit, there's the powerplant we're going to look at here, the 1.5-litre powerplant that features on the base 35 TFSI variant. Buyers in this segment aren't used to seeing engines with capacities this small, but this TFSI unit seems to punch above its weight, offering 150PS, the same as you'd get from the volume 2.0-litre TDI diesel. Is it a realistic option? Let's find out.

Back in 2015, Audi managed to shed around 120kg of weight from this fifth generation A4 and that's one of the reasons why even this base model feels quite lively. The turbocharged 1.5-litre 150PS engine can accelerate to 62mph in 8.6 seconds and top speed is 139mph, in line with its nearest rivals. There's the choice of either 6-speed maniual or s tronic 7-speed auto transmission With this 1.5-litre model, you don't get the option you would further up the range of quattro 4WD. Still, the improved six-speed manual stick-shift feels quite slick and the hi-tech MLB Evo chassis has given Audi the opportunity to develop a sophisticated fully-independent five-link front and rear suspension arrangement that delivers superb standards of ride. Ultimately, what all this creates is a more comfort-orientated compact executive contender, but it's still one that can be hurried quite quickly through the bends thanks to very little bodyroll and superb traction. 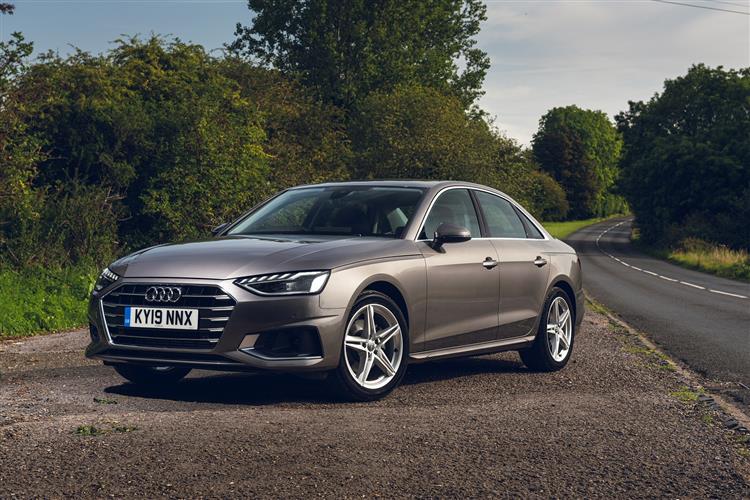