"It's hard to argue with the economy this little thing is delivering..."

Choosing a long term vehicle to run usually says a lot about what people really need rather than what they want. Even performance car monthlies will often feature long term tests that are packed with diesel estate cars and hatches. While a Lotus Exige might be fun to thrash around a race track at the weekend, for everyday use even grizzled racers prefer something they can get their kids and caboodle into. We're no different. Although we see everything from Protons to Porsches over the course of a year, ask us what we'd want to run for six months and it's almost invariably something we could take to the council tip. Never mind DAB stereos, head-up displays or fancy folding roofs, the key criterion of desirability seems to be whether you can use it to get rid of a Christmas tree, a beer fridge and a few sacks of garden waste. With that in mind, say hello to what might be our most sought-after long-termer to date; the Ford Transit Connect. You'd have to have been living under a rock for the last few decades not to be familiar with the full-sized Transit van, but the Connect is a smaller version. A Transit Nano if you're of a different generation. This design is actually the second generation Connect, launched late last year to a pretty rapturous welcome. In fact, it scooped the commercial vehicle Oscars with the International Van of the Year 2014 award at the COMTRANS commercial vehicle exhibition as Ford became the first manufacturer to win the award for two consecutive years. The jury in Moscow consisted of 24 European specialist journalists who awarded the Transit Connect 130 points from a maximum possible 163, beating the Mercedes-Benz Sprinter into second place with a closely fought 123 points, with Renault's Kangoo taking the final spot on the podium with a modest 25 point haul. Ford has some track record in this competition, with the Transit winning in 2001, the original Transit Connect scooping the honours in 2003, the Transit again coming top in 2007 and finally the new generation Transit Custom taking the crown in 2013.

As Ford completely redesigns its entire commercial vehicle line-up over a two-year period, the latest Transit Connect joins a four-strong Transit range, slotting in just above the little Transit Courier, but just below the mid-sized Transit Custom and large two-tonne Transit model. The version we've chosen looks fairly unprepossessing, a short-wheelbase base model in Frozen White powered by a 75PS 1.6-litre turbodiesel. Importnatly though, it's the kind of van typical businesses by. We wanted to get a feel for the kind of day-to-day experience awaiting their drivers. Should you be a potential buyer and prefer something other than this bodystyle, Ford can accommodate you with the Double-Cab-in-Van and Kombi bodystyles also included in the Connect range. The moment I got hold of the van, I subjected it to a testing trip to the tip, filled with 18 cardboard boxes full of Woman's Weekly magazines going back several years that I have subsequently persuaded my wife were stolen from our garage by opportunist thieves. I had previously attempted this ruse with a Skoda Octavia but it just couldn't cut it. Either they all went in one spectacular heist or they had to stay. The Transit Connect was well up to the job, with a 2.9m3 load volume. Go for a longer model and you get up to 3.6m3 with a full bulkhead, while maximum payloads of up to 1,000kg match the best in class figure. After a few days use, I was beginning to understand what had caught the attention of the International Van of the Year judging panel. It wasn't just the Transit Connect's ability to free up garage space for wholly selfish ends either. Pieter Wieman, Chairman of the International Van of the Year jury sums it up: "we were impressed above all by the fact that Ford has succeeded in building a light van with a strong accent on economics. This vehicle is a good answer to the needs of small operators as well as big fleets looking to reduce the cost of transport of goods." Indeed, it's hard to argue with the economy this little thing is delivering. Ford claims a combined fuel figure of 58.9mpg and while several hundredweight of Woman's Weekly will take the edge off that number, I've seen better than 50mpg on a run. It's early days yet, but the Transit Connect is shaping up to be one of our most useful long termers. Yes, it'll occasionally get elbowed aside when more glamorous tackle appears in the car park, but I'm already formulating my bank of excuses as to why I need it for the weekend.

Facts at a Glanceword count: 28 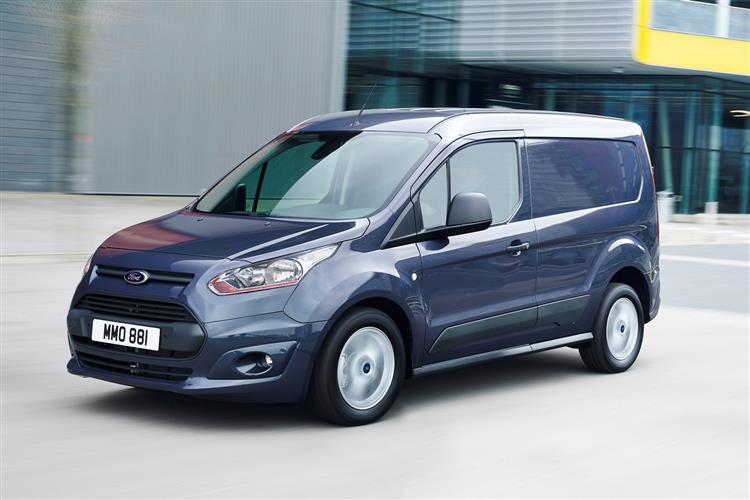