Mercedes are no stranger to big four-seat convertibles but at its launch in 2014, this S-Class Cabriolet was in fact the first luxury open-topped four seater the brand had produced since 1971. Now it's been improved. The experts at Car and Driving check out this revised model.

Based on the Mercedes S-Class Coupe, the brand's much improved S-Class Cabriolet model goes up against the likes of the Bentley Continental GT Convertible and other super-luxurious four seat drop-tops.

Mercedes-Benz has a long and rich history of producing open-topped luxury vehicles, with a heritage in making them that goes right back to the 1920s. In more recent years though, the brand has been absent from the large Cabriolet segment, though that changed when this S-Class Cabriolet was launched in 2014, having been previously previewed by the brand's 2006 'Ocean Drive' concept. Here, we're looking at an updated version of that car which gets an all-new entry-level V8 petrol engine and a visual upgrade, both inside and out. What hasn't changed is the fact that this model remains most definitely the preserve of the wealthy.

Those hoping to get the relatively sensible V6 diesel or hybrid powertrain in an S-Class Cabriolet will be disappointed. As befits such a luxurious automobile, the base engine is a 4.0-litre twin turbocharged V8 that pumps out a healthy 469bhp in the S560 (up from 455bhp in the previous S500 model). For those that think this may be a little common or just lacking in muscle, there's the Mercedes-AMG S63 Cabriolet. This derivative also features 4.0-litre V8 power, in this case AMG's 612bhp hand-built unit that can still hit 62mph from standstill in 4.2 seconds. If you must have the ultimate, the 630bhp V12 S65 will be the one to have. Being a German luxury performance car, you'll headbutt the limiter at 155mph although this model would no doubt go considerably faster. Despite the performance, this is no out-and-out sports car so don't expect the last word in feel or feedback or for it to enjoy being hustled along. Sure, it'll get down a twisty road at a fair old lick but it's unlikely you'll feel rewarded by doing it. It's much better to waft along safe in the knowledge that although you could out-drag most cars on the road; you just don't need to prove it. 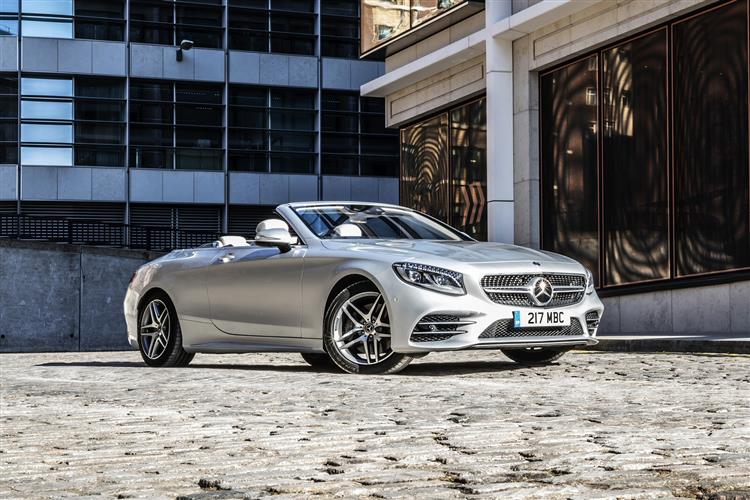