Can a tiny 1.0-litre engine really do service in a hefty five-seat family car? Ford reckons it can in the much improved C-MAX. The experts at Car & Driving take a look.

Five into 1.0 will go. Ford's C-MAX 1.0-litre EcoBoost might not get anywhere too close to its claimed 55.4mpg fuel economy figure in the real world, but for low mileage shop and school run duties, it's perfectly adequate. With 100PS or 125PS on tap, there's a bit of choice available too.

It was once explained by a senior suit in the Lockheed corporation that there was a simple algebraic formula to assess the time it took for an aircraft to go from initial design to operational use by the US Air Force. It turned out that this period was directly proportional to the size of the Air Force oversight committee chosen to 'guide' the aeroplane design. It's a similar story in big automotive companies - which is one reason why it took Ford so long to develop credible compact MPVs and SUVs for the European market. Where the company has been ahead of the game though, is in its development of downsized three cylinder turbo petrol engines. The brand's 1.0T EcoBoost unit, first introduced on the Focus and subsequently added in to the Fiesta and B-MAX line-ups, has been widely copied by rival brands. Even so, when the Blue Oval marque decided to introduce the powerplant into its C-MAX MPV model in 2013, many wondered if a step too far had been taken. These fears proved groundless. The little engine proved quite up to powering a relatively large car - and has been retained on the improved C-MAX model we're going to look at here as a decent, more affordable alternative to a diesel for lower mileage buyers.

Ford offers the 999cc EcoBoost engine in two specific flavours. There's an entry-level 100PS version, which gets to 62mph in 12.6 seconds and tops out at 108mph. Or there's the punchier 125PS variant which translates those numbers to 11.4s and 116mph. Whichever engine you choose, you'll probably be pleased with the breadth of torque. They both idle quietly yet will offer meaningful urge from less than 1500rpm through to nearly 6,000rpm without the sort of lag and lunge that small capacity turbocharged engines often display. Of course, the 170Nm of torque common to both units isn't going to rival that of a diesel engine but believe it or not, these 1.0-litre units never feel reedy. There's also the not insignificant benefit that instead of following a huge lump of diesel engine, you have a very lightweight piece of engineering plumbed into the nose, and that does wonders for the C-MAX's responsiveness. Ride comfort remains very good but initial turn-in is improved markedly and body control is leagues better than the diesel models. Couple that with good steering and decent grip levels and you have a vehicle that after an initially unpromising start, emerges as something you'd actually drive the long way home from the school run. 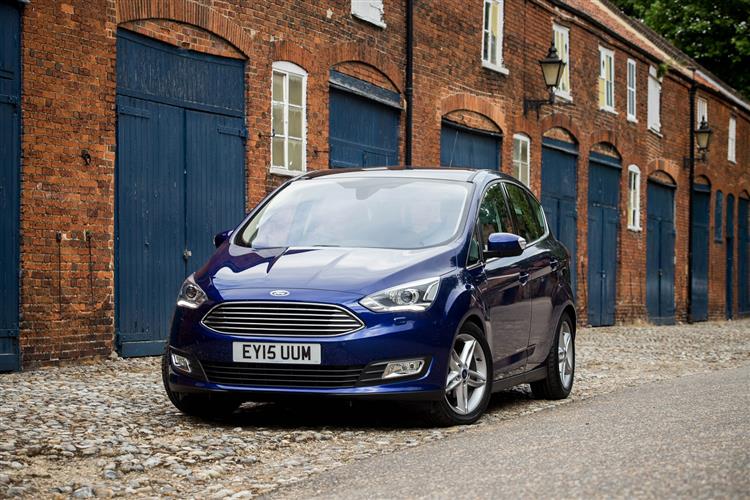