When Jaguar Land Rover opened its Special Vehicle Operations division, it was to build physics-bending cars like this: the Range Rover Sport SVR, now with 575PS on tap. With the performance to match a Porsche and the off-road credentials a Land Rover should have, this could be the most accomplished iteration of the Range Rover yet.

When the Range Rover Sport came out in 2005, it offered the image, luxury and capability of a normal Range Rover, but with a sportier look and a lower price tag. It sold like there was no tomorrow. Now in its second generation, and selling as well as ever, a top performance version of the Sport has been deemed a necessary inclusion in the range. Land Rover gave responsibility for creating it to their newly established Special Vehicle Operations (SVO) division. The result? A 550PS monster to put the frighteners up the Porsche Cayenne GTS. This derivative has been badged the Range Rover Sport SVR and comes to market with an enormous amount of pressure on its broad shoulders. As the first car to emerge from the SVO department wearing the SVR badge, it not only has to set an example to all those that follow, but it also has to compete with Porsche's king of the performance SUV and live up to all that's expected from a Range Rover.

Under the SVR's louvered bonnet lies the same supercharged 5.0-litre V8 you'll find in sister company Jaguar's F-Type R. Power has gone up by 25PS thanks to recent changes, so this luxury SUV now sends 575PS through all four wheels via an eight-speed automatic gearbox, taking this 2.3-tonne Range Rover from a standstill to 60mph in as little as 4.3 seconds. That isn't just fast enough to leave a Porsche Cayenne GTS for dead; it's fast enough to embarrass half the 911 range. It isn't like the SVR is a one-trick pony, either. While there's little this side of a supercar that can match it in a traffic light drag race, it should be able to cope when the road gets windy, too. There's a more driver-focused chassis and a new air suspension set-up, with Formula 1-style double wishbones at the front and a multi-link configuration at the rear, both promising much-improved handling. As a result, the SVR can lap the infamous Nurburgring Nordschleife in just eight minutes and 14 seconds. The SVR's off-road credentials are in no doubt either. With 21-inch alloys shod in all-terrain rubber, 21cm of ground clearance, an 850mm maximum wading depth, a three-tonne maximum towing weight and the clever Terrain Response 2 traction control system, it has all the capability a Range Rover should have. 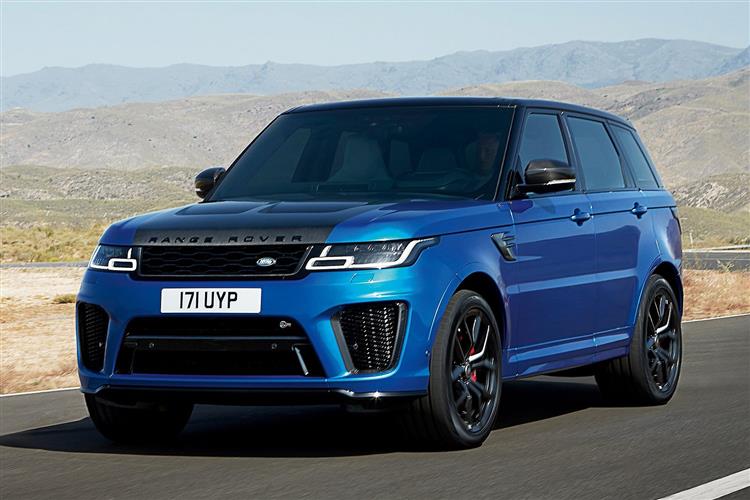