ESTATE OF THE NATION (some text hidden)

There aren't too many estates that can beat the utility of the fourth generation Ford Mondeo load lugger. Jonathan Crouch reports on the improved model

The ideal estate car is one that offers excellent utility but doesn't penalise you for it with poor refinement and soggy handling. Ford were mindful of this when developing the MK4 model Mondeo estate, a car which not only drives well but also looks a good deal sleeker than most boxy estate contenders. Here's the improved version.

Estate car buyers tend to be a very sane bunch, unswayed by the latest fads. Rather, they value practicality and, more often than not, their choice of car is meticulously researched. 'Function first' is a motto that tends to reward smart engineering and sound design and it's the reason why Ford's Mondeo estate has always been a strong seller. With the fourth generation Mondeo line-up, this station wagon variant has been matching its hatchback stablemate in terms of overall sales. It isn't hard to see why. Take a tape measure to the Mondeo estate and you'll realise that this is one of the biggest vehicles Ford imports to the UK - certainly up there with the large S-MAX and Galaxy seven-seat people carriers. That means plenty of space in the back for the sort of gear your family needs. Even if your requirements don't involve kids but a gear-intensive hobby, the Mondeo estate could be exactly what you're looking for. Especially in this improved form.

If Ford could make this estate version drive much like the five-door hatch, it would have a winner on its hands. Guess what? It does. There's a reassuringly polished feel here that's usually the preserve of far more expensive cars - and the same excellent refinement at speed. Low profile roof rails help cut the wind roar that many estate cars suffer from and the cabin is well insulated from road noise with no booming apparent from the big box at the back. Handling is safe and assured, but the Mondeo estate never completely disguises its size and you might need to pass up some smaller parking spaces. On the plus side, rear visibility is notably better than that of the high-rumped five-door hatch. Ford's has slimmed down the engine choices on offer. Most customers choose a 2.0-litre TDCi diesel engine good for either 150PS or 180PS, both variants featuring single variable geometry turbocharger technology. There is also a 165PS 1.5-litre EcoBoost petrol unit. Buyers can even opt for a Mondeo Hybrid. It uses a specially-developed 2.0-litre petrol engine combined with two electric motors - one to drive the wheels and another to supply regenerative charging - and 1.4kWh lithium-ion battery. The 150PS and 180PS diesels are available with Ford's Intelligent All-Wheel Drive system, which offers a seamless transition between front-wheel drive and all-wheel-drive performance to automatically enhance traction and road-holding when needed. The Mondeo's also the first model for Europe to be built on Ford's global CD-segment platform, which debuts Ford's integral link rear suspension. The all-new platform and body structure combination delivers 10 per cent more torsional stiffness than the outgoing model and the Mondeo also gets electrically-assisted power steering for the first time with variable weighting. More importantly, road noise reductions of around three decibels in the rear and two decibels in the front have been achieved. 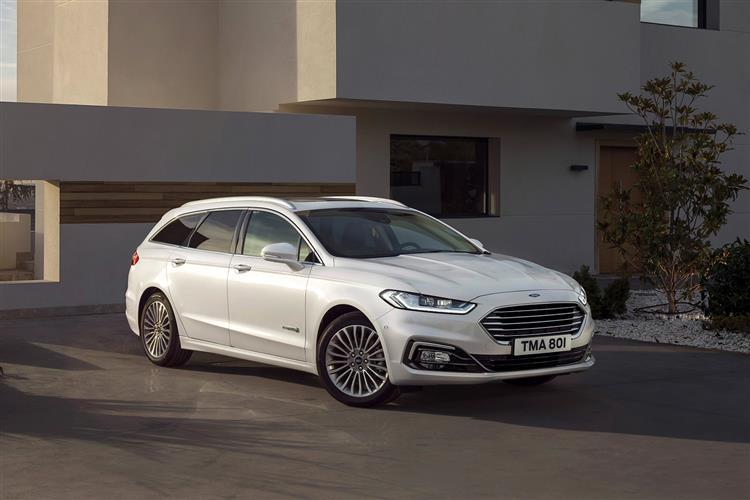