Nissan's latest Nismo version of the 370Z aims to remind us that the GT-R isn't the only sports coupe it builds. Jonathan Crouch reports.

The Nissan 370Z is pretty familiar fare and around 50 per cent of all 370Zs sold in this country are the top-line Nismo model. This time round, the Nismo has come in for a makeover. The body kit is more subtle yet more aerodynamically functional, you get some lovely Rays alloys and Recaro seats and power is rated at a healthy 344PS. It's still a bruiser, but now it's a better-looking one.

The Nissan 370Z is a car that has, thus far, failed to live up to the standards of its predecessor, the 350Z. In 2003, in the US alone, the 350Z shifted over 36,000 units. The 370Z's best year, 2009, saw it register about a third of that. Now it sells under 7,000 cars per year there. Compare that to 26,000 Subaru BRZ and Scion FRS models - the car we know more commonly as the Toyota GT86 - in the US and you can see that the 370Z was being undercut and overlooked. It's not just in the US either. Despite some price cutting, when was the last time you saw a brand-new 370Z on the road? In order to regenerate some interest, Nissan has regrouped and considered its options. Cutting the price of the Zed at one end might tempt people from the GT86. At the other end of the range why not improve its abilities? That's the logic with the 370Z Nismo, a car that starts to show what the 370Z was always capable of.

The Nismo model benefits from 16PS more under the bonnet, its peak power of 344PS now reached at 7,000rpm. After driving so many turbocharged cars, it's great to pedal something that requires a bit of work to extract the best from. It'll get to 62mph in just 5.2 seconds and run onto an electronically limited 155mph. Like all Zeds, it feels hefty and rather than dancing on its tiptoes at speed, it feels as if it's trying to punch the road surface into submission. Nissan has worked to cut road noise and the rear suspension has been softened quite markedly, so it no longer bucks about on poor road surfaces. The seats are excellent, offering plenty of lateral support and the manual gearbox is one you'll have great joy in slamming home. It also does a throttle blip on the downshift to rev match the engine speed to the lower ratio. At higher revs there's still a lot of vibration coming through wheel and gear lever, but that's almost a Zed trademark and makes the car feel vivid and alive. There's a real excitement to driving this car fast and that's no bad thing. Sports cars should get you a bit juiced when you put them through their paces. 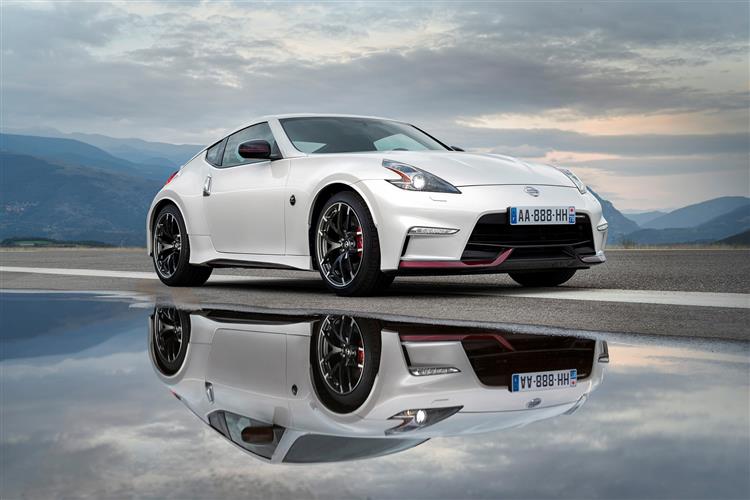