Mercedes wields the big gun in the shape S65 AMG Coupe. Jonathan Crouch lets you know what to expect.

The Mercedes-AMG S65 Coupe is the vehicular embodiment of 'speak softly, and carry a big stick'. In this case your stick is good for 630PS and features twelve cylinders boosted by a pair of turbochargers. You'll pay over £185,000 for the privilege but once sampled, many will find it hard to settle for anything less.

When it comes to coupes, bigger isn't often synonymous with better. Bigger tends to mean bloated boulevardiers without the agility to get out of their own way. There are some exceptions of course and they tend to be German. The Porsche 928, the BMW 6 Series spring to mind as do the latter generation of big Mercedes-Benz two-doors. Who can forget the fantastic 500 SEC, or the blisteringly rapid CL65 AMG? To that canon comes the next generation of big Benz coupes, the S-Class Coupe. We've directed our aim at the biggest gun of the lot, the S65 AMG Coupe. There's nothing particularly politically correct about this one. It's a car that is all about power and poise, offering a concussive 630PS haymaker that puts the lights out on any putative rivals. It's something quite special.

AMG fans will know that the '65' badge on the back of a big Benz means it has some very serious firepower under the bonnet. More specifically, a six-litre twin-turbocharged V12 making somewhere north of 600PS. Well that hasn't changed in this latest car. While some may argue that the lighter eight-cylinder twin-turbo of the S63 makes for a more wieldy package, there will always be customers for whom anything less than 1,000Nm of torque is wholly inadequate and who prefer the creamy smoothness of a dozen cylinders Of course, this makes the S65 AMG just bruisingly rapid from seemingly any point in the rev range. It jets off the line and through 62mph in just 4.1 seconds on the way to a limited top speed of 155mph. Get the limiters removed and it would sail through 200mph without difficulty. The seven-speed AMG automatic gearbox directs drive to the rear wheels and features three modes,; efficiency, sport and manual. There's Mercedes' incredible 'magic body control' system which scans the road ahead and anticipates bumps by priming the suspension and sucking them up actively rather than trying to passively react. There's also 'curve tilting', which leans the car to promote flatter cornering. 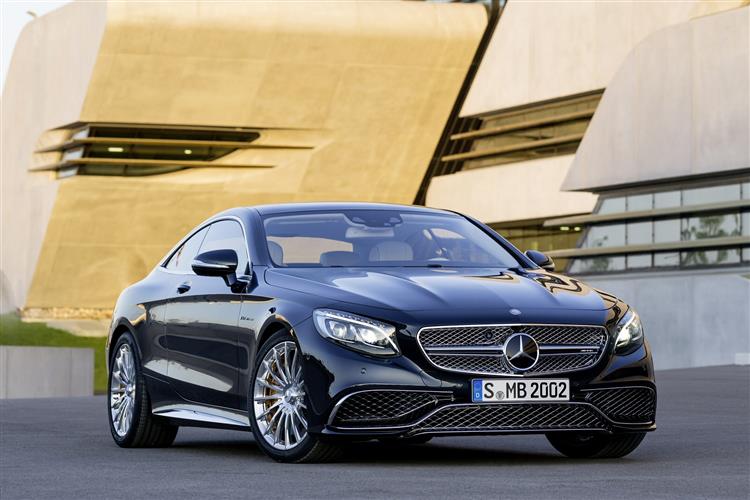