Peugeot's much improved 308 family hatch is arguably at its best with a tiny 1.2-litre petrol engine. Is this little unit up to it? Jonathan Crouch reports.

The latest Peugeot 308 has more than earned its spurs in a tough market sector. The diesel models continue to make the most sense to UK buyers but if you run lower annual milages, have a look at the 1.2-litre PureTech petrol engine. It's available in 110 or 130bhp outputs and with 60mpg+ economy figures, it looks a winner.

If you know your cars in the Focus-class family hatchback segment, you'll probably already know that Peugeot's 308 is a very competitive proposition, especially in its current improved guise. Commentators like us have frequently praised its quality and lightweight chassis construction, and it offers a genuine alternative to those who felt that buying a mid-range hatchback was a joyless exercise in choosing between a Ford Focus and a Volkswagen Golf. One trend that similarly won't be big news to the clued-in amongst you is that of the downsized petrol engine. Car manufacturers have realised that by bolting a turbocharger to a tiny petrol unit, they can post some eye-catching economy and emissions figures without sacrificing peak power. The engines are inexpensive and light, which is undoubtedly a win-win.

The PureTech 1.2-litre turbo engine is available with either 110bhp or 130bhp. Even the 110bhp powerplant musters a satisfying 205Nm of pulling power from its tiny 1198cc capacity, all of which means you'll get to 62mph in 11 seconds and run on to 120mph. If you need to go faster, the 130bhp version of this engine really delivers the goods, getting to 62mph in 10.3 seconds and posting a top speed of 125mph if you choose the much quicker-witted auto over the manual. Although the electrically-assisted steering and supple suspension at first lull you into thinking the 308 is a bit of a pudding, drive the car a bit harder and it really ups its game. The six-speed manual gearbox provides some welcome old-school interaction with an otherwise high-tech car although the shift action is curiously noisy. While we're on the subject of noise, we must pass comment on the Sport button that's fitted to higher spec version. While it sharpens the steering and throttle quite acceptably, we're not sold on the way it adds unwanted noise to the three-cylinder soundtrack. It sounds quite agreeable without the added amplification. 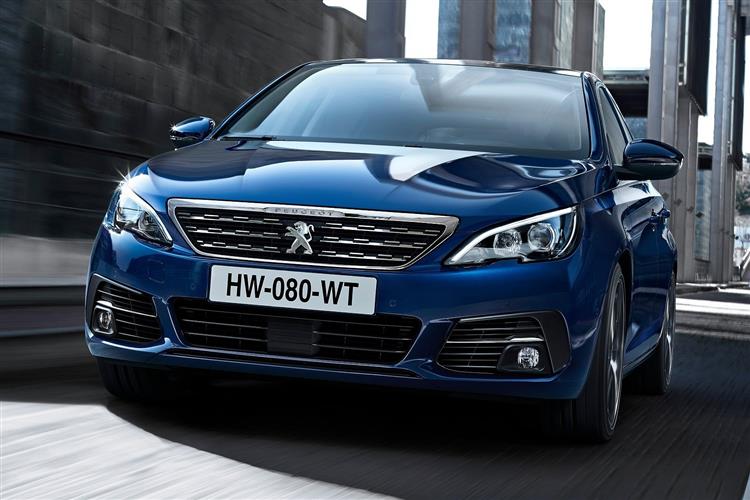