ONE UPMANSHIP (some text hidden)

BMW's M4 coupe is now only offered in this Competition form. And it's as potent as ever. Jonathan Crouch reports.

The BMW M4 Competition Coupe promises to be everything you might hope for. Fast, smart, good looking, reasonably cost-effective and well-equipped. Can a turbocharged six-cylinder engine ever offer the charisma of a screaming V8? Probably not but that seems to be the only sacrifice you'll need to make.

The BMW M4 isn't a name that comes easily to a generation raised on BMW's iconic sports coupe being called an M3. We had four generations of M3, starting with the four-cylinder E30, graduating to the six-cylinder E36 and E46 models and finishing with the V8 E92 version. At its launch in Autumn 2014, the M4 wound the clock back, offering a six-cylinder engine plumbed under its sleek bonnet, though this time it sported an addition never seen on this family of M cars; a pair of turbochargers. Thus equipped, this car offered less weight, more power and better efficiency than the screaming V8 fitted to its direct M3 Coupe predecessor. More recently, an optional 'Competition Package' has been made available to slightly increase power and improve drive dynamics too. Plus in the Spring of 2017, subtle changes were made to the front end. Is the charisma there though? That was certainly an issue with recent M5 and M6 models. Yes, they were on paper better than their forebears but those predecessors undeniably felt more special. Like it or not though, efficiency is the new measure by which manufacturers compare each other, even when building super sports cars, but BMW points out more than a few reasons why the M4 still has a certain X-factor.

This car's 'Competition Package' increases power from 431hp (the original M4 model's output) to 450hp. As before, the twin turbo 3.0-litre straight-six does its best work from just 1,800rpm, offering a huge advantage in real world driveability thanks to the massive 550Nm torque figure - an increase in torque of 40% over the old M3 Coupe model. There's a dual-clutch paddleshift auto transmission and the sprint to 62mph takes just 4.0 seconds. The engine is helped by a launch control mode and there's even a 'Smoky Burnout' setting you can switch to if you really want to get breathalysed. There's also an Active M Differential to help improve traction and an M Dynamic Mode in the stability control software, which allows owners a degree of slip angle without turning the safety net off completely. The steering is an electromechanical set-up featuring three modes: Comfort, Sport and Sport+. The 'Competition Package' includes Adaptive M Suspension, extensively tuned to the enhanced performance and handling. It features new springs, dampers and anti-roll bars, along with a reconfiguration for the driving modes. The standard Active M Differential on the rear axle and DSC Dynamic Stability Control are likewise configured to match the upgraded dynamics. 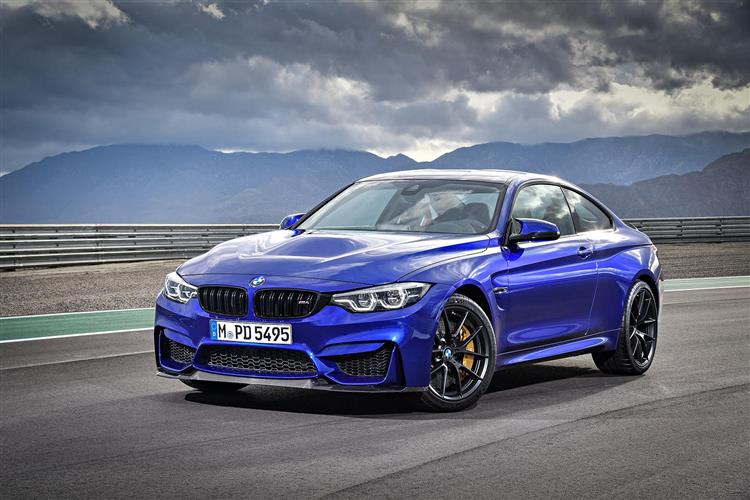