GETTING IN A TWIZY (some text hidden)

Defining Renault's Twizy isn't easy. It has four wheels - but isn't really a car. There's space for two - but only one front seat. There's a roof - but it's open at the sides. And it'll match the flow of traffic - but won't use an engine to do so. This is Renault's electric technology at its most extreme, offering perhaps the ultimate answer for city motoring. Perhaps even the kind of second car that all future families should have.

To be sustainable for the future of mankind, the automobile has to change. Maybe not change this much - but all the same, it has to change. This is Renault's Twizy, automotive transport, but not as we know it. The name is a supposed blend of the words 'two' and 'easy', the badge for this innovative French brand's solution to the issue of how people should get around their urban environment and complete the short, everyday, one or two-person journeys we all make that, if we're honest, don't really require a proper car. You see, this isn't really a proper car, even though it has four wheels and a steering wheel. As the looks suggest, it's actually a cross between a car and a scooter, something the motor industry calls a 'heavy quadricycle', the name defining a four-wheeled vehicle that weighs no more than 650kgs with a power output that's usually less than 20bhp. Not the kind of thing the average person would feel comfortable about driving. But is this? Well that's what we're here to find out.

You actually need a bootful of throttle to activate meaningful forward motion, but once your right foot's firmly planted, the Twizy displays the usual all-electric car feeling of up-and-at-'em performance, as all 57Nm of torque is delivered to the tarmac in one fell swoop, firing you to 30mph in around 6 seconds. Which isn't bad, considering that the electric motor generates only seventeen braked horses. But then it doesn't need much power to punt this little thing along, given that the kerb eight is only around 475kgs, less than half that of a conventional citycar. Around 100kgs of that is accounted for by the 6kWh lithion-ion battery pack that powers the AC motor, the battery centrally mounted and placed slow down to skim along a few inches above the road surface and offer the low centre of gravity that makes this machine such fun to punt around corners. And compensates for the tall and narrow design that really ought to make this car most unstable around corners. Credit for the fact that it isn't can be given to the enthusiasts at Renaultsport who supervised the handling development and added their F1 racing expertise to the regenerative braking system that charges the battery whenever you come off the throttle. Not that you often do. This thing's so much fun to drive, the temptation is to throw it around at max chat almost everywhere, or at least as much at max chat as a top speed of 50mph will allow. Which of course, isn't the cleverest thing to do if you want to maximise the necessarily meagre operating range - which at around 60 miles, is around 40% less than you'd get from other, larger electric cars. I'm not sure how that figure was arrived at, since I've never seen anything like it in my time with this car: 30, maybe edging up towards 40 miles is a better estimate. Still, that'll be more than enough for most urban commutes. And ride quality? Well, let's just say it's a bit on the firm side and you'll be looking to jink around potholes if possible. 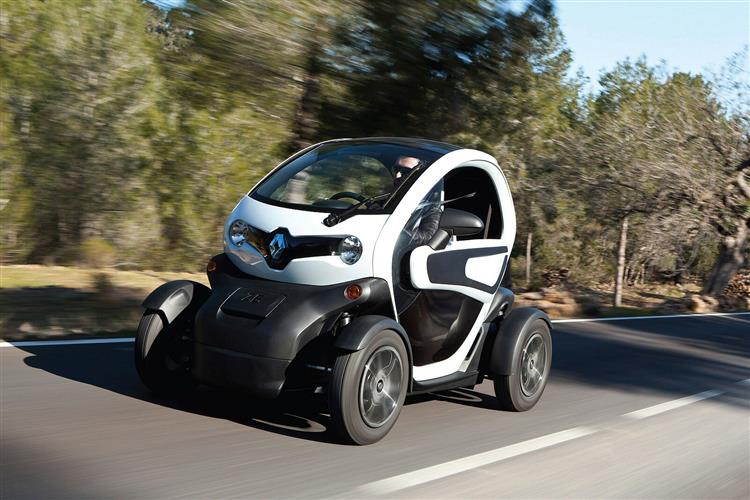