Renault's improved post-2012 second generation Megane Coupe delivered good looks, strong value and a wide range of talents to the most affordable end of the small sports coupe market, while keeping its five-door stablemate's first rate refinement, comfort and build quality. Original buyers could specify this coupe to be sporty - or just rely on the looks to do their own talking. Either way, it's worth stretching for one of these post-2012 cars over the original post-2009 models. The later variants came with an improved range of more efficient engines and a surprisingly sharp handling package.

There was a time when almost every mainstream maker seemed to be able to offer an affordable coupe. A three-door family hatchback or supermini with a little extra handling sharpness and the kind of lower-slung racier body you wouldn't expect to find at such a realistic pricetag. More recent times have seen a decline in this market - until the launch of all-new models like Vauxhall's Astra GTC, the MINI Coupe and Hyundai's Veloster in the 2010 to 2012 period suggested that interest in this segment might once again be picking up. Renault was committed to it all the time with this car, the Megane Coupe, initially launched in early 2009 but significantly improved in the facelifted form we're looking here first seen in the UK in early 2012. This, the French brand always contended, was much more than just a three-door version of their Megane family hatch - and the facts seem to bear that out. Only the bonnet, the wings and the headlamps are shared between the two designs and, perhaps more importantly, this Coupe boasts a sharper handling set-up under its swooping skin. But rivals could still seem to be more bespoke to coupe customers, hence Renault's decision to make significant changes to this faceliftedpost-2012 model. These included a smarter look, an improved specification and some impressive engines. This model sold until the new Megane range was introduced in mid-2016.

Aesthetically, this second generation Megane Coupe was one of the most important Renault designs of modern times, unveiled as a concept car at the 2008 Geneva Motor Show that went on to herald a profound, more extrovert shift in the French brand's approach to styling. It's a shape that may not work from all angles, but it's certainly an arresting one and the front end's bespoke, aggressive treatment ensures that this model could never be confused with a normal Megane five-door in a head on encounter. As part of the post-2012 model changes, that front end was treated to minor enhancements, no longer embellished with the original rather in-your-face brushed metal finish. Instead, in this improved model, the grille featured two bold chrome-trimmed outer air scoops and a central intake featuring a gloss black crossbar. The bonnet, wings and headlamps are the only elements shared with the bread-and-butter five-door hatchback Megane - but even they look integral to the sweeping design, the headlights extending the line of the air scoops and creaselines swooping up the bonnet to the A-pillars before continuing over the more sharply raked windscreen and on into the sloping roofline that creates this car's distinctively coupe-like silhouette. At the rear, the side window line rises dramatically to a point that meets with that of the curving rear screen above the pumped-up haunches. The downside of this elegant glasswork is poor rear visibility, so for original buyers, a set of parking sensors was an essential option box to tick. With these installed, this shape should be easy to live with. The sculpted rear end certainly looks very purposeful, partly due to a ground-hugging stance courtesy of a ride height 12mm lower than that of the ordinary Megane hatch. It's this assertive character that the designers tried to further express through two vertical lines that pick out the diamond emblem on the rear hatch, either side of which are sweepingly designed rear light clusters which appear to be suspended over the car's shoulders. Further track touches include a roof spoiler and an air diffuser below the rear bumper. Inside, it's all a bit more sober. Or at least it is if you're restricted to one of the lower-order trim levels. Go for the sporty 'GT line' variant and it all feels a bit more special with its sports seats and red trim highlights, plus aluminium pedals and a set of proper analogue instrument dials to replace the rather awkward-looking digital display that lesser Meganes have to have. Across the range, build quality seems to be very good, with thoughtful features like the soft-touch finish on the dashboard cowling for example, that's resistant to daily use and the ageing effects of sunlight. It's also very comfortable at the wheel, thanks to reach and rake adjustment for the steering wheel and a wider range of seat height adjustment than any other car in the class can offer. There's plenty of practicality too, with under-floor stowage compartments and door bins designed to carry a one-litre bottle. Of course, you'll find practicality notable by its absence if you're unfortunate enough to be assigned a position in the rear for any length of time. To be fair, that's the case with almost any coupe, though competitors from the period like Vauxhall's Astra GTC and Hyundai's Veloster showed that cars of this kind don't necessarily have to sacrifice too much space in the pursuit of style. Having said all of that, two adults should be OK in the back for shorter trips, as long as they're not too long of leg and don't mind the rather claustrophobic feel you get from the rising rear windows. And a couple of kids may even rather enjoy the experience. As for the boot, well, at 344-litres, it's a very decent size for a car of this kind - and usefully shaped. 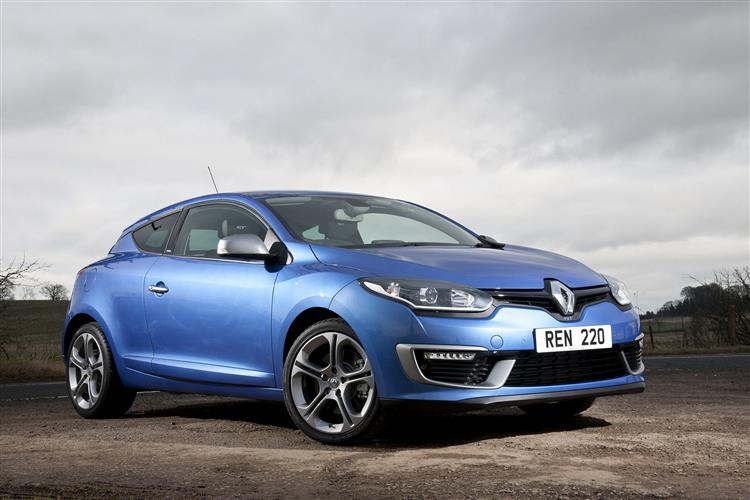