PLUGGING AWAY (some text hidden)

You've got to hand it to Renault. The French company doesn't seem to know the meaning of 'wait and see'. If it can do something, the chances are that it will. Not all of these ventures have been successful. For every Scenic or Espace, there's been a Sport Spider, an Avantime or a Vel Satis, sales failures every one. Still, if you wanted one of the automotive industry's most exciting jobs, a Renault product planner would be right up there. Jumping into bed with Nissan allowed Renault to access all of the Japanese company's electric vehicle know how and the French took that ball and ran with it. Their Twizy, ZOE and Kangoo electric vehicles were offered alongside something a bit bigger and more mature, the Fluence Z.E. Here we take a look at whether this forgotten vehicle makes any sense as a used buy.

Renault was a company in flux back in 2012. It had managed to survive the recession, but it had on its book a bloated model range packed with cars that just weren't performing. What's more, it needed vehicles that would show that it could do more than make the hot Clios and Meganes that were beloved by magazine journalists. The Fluence Z.E. was one way to get people talking. The Fluence, a Megane-based family hatch-based saloon, was unfamiliar to UK buyers at the time of this car's launch in 2012. Renault had decided not to offer the model in conventional form in the UK - and never did. This battery-powered 'Z.E' (or 'Zero Emmissions') version did make it here though. Here was a mature proposition that didn't shout about its electric credentials with wacky styling or showy marketing. In fact, the low-key introduction might just have been its downfall. In short, not enough people even knew the Fluence Z.E. existed and sales were slow. Despite that, when Renault sacked half of its dealers and axed the Wind, the passenger Kangoo, the Laguna, the Modus and Grand Modus and even the Espace at the end of 2012, the Fluence Z.E. survived the cull. In fact, it lived on for another couple of years before the brand quietly pulled it from sale at the end of 2014.

If the technology is something to get excited about, the styling most definitely isn't. The Fluence is blandly handsome in a generic way, as if Renault took every mid-range saloon car design, fed these shapes into a piece of software and asked for an average to be output. Of course, there will be those who see this as a plus, who are fed up with gimpy-looking electric vehicles and yearn for something a little less smug. In this regard, the Fluence Z.E. is a decidedly mature design and another indicator that the electric vehicle has progressed. The interior is very well built, with soft-touch plastics everywhere and some of the most comfortable seats to grace a mid-ranger. The trio of chrome-ringed dials in the instrument binnacle don't do a lot to dispel range anxiety, constantly reminding you how much juice you have until you grind to a halt. The tick-tock indicators are also a bit excitable. It's hard to complain about the amount of space inside, with rear seat passengers getting a decent amount of head and leg room. The 317-litres of space in the boot also enhances the Fluence's versatility. The initial launch version was called the 'Prime Time' and came with a reasonable level of equipment, including 16" alloy wheels, climate control, cruise control, an ecoMeter and Carminat TomTom Live smart satellite navigation, together with charging sockets on both front wings. 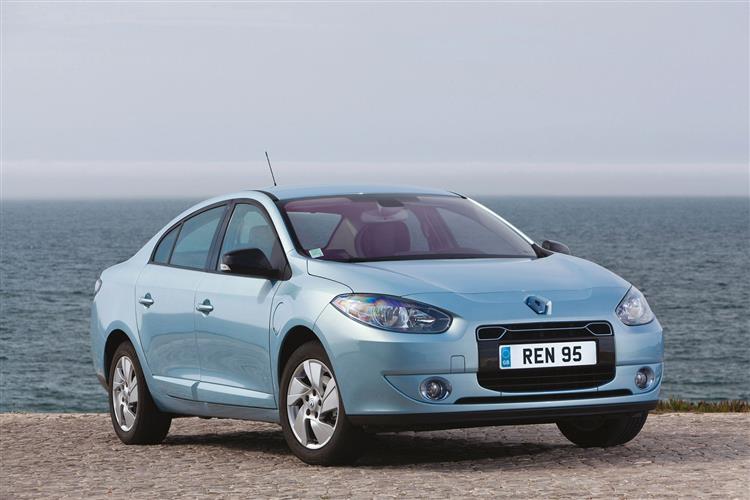