TO BOLDLY TWINGO (some text hidden)

Renault has established a towering reputation when it comes to building pocket rocket hatches and although the Twingo Renaultsport 133 is at the more manageable end of that continuum, don't take that to mean it short changes you in the fun department. Quite the contrary in fact, if you can drive one of these down a country road and not feel the urge to plant the loud pedal through the carpet, you've truly got no life left in you. Here's what to look out for when tracking down a lightly used example.

For a small car the Twingo Renaultsport 133 had some big boots to fill. As the entry-level sports hatch in Renault's range, it had cars like the Renault 5 Gordini and the original Clio 16v as forebears. What's more it also had some rather well-renowned Renaultsport siblings it needed to make the grade alongside in the form of current Clio and Megane variants. Right out of the box it was clear that this little Twingo was a winner. Shown at the 2008 Geneva Show and launched in the UK later that year, the Twingo Renaultsport 133 was affordably priced at £11,550 and, as the name suggested, packed a useful 133bhp punch, which wasn't at all bad in a car that weighed about as much as a typical Audi fascia panel. It was also offered with a £650 Cup chassis package that featured lower ride height, stiffer springs and dampers and 17-inch anthracite alloy wheels. In response to customer demand, Renault launched a specific Cup model in September 2009. This did without air conditioning, automatic headlamp and wiper operation, extra tinted rear windows and featured a one-piece bench in place of the usual independent sliding rear seats. With the Cup suspension pack in place, this model was priced at £1,350 less than the standard car and instantly became the poster child for a generation of young enthusiasts. In November 2009, a plusher Gordini version was introduced that was mechanically identical to the standard Twingo 133 but which got some flashy seats, stripes and leather trimmings. June 2011 saw another limited edition, the Silverstone which sat on the Cup chassis, but got a burbling stainless steel exhaust.

What You Getword count: 260 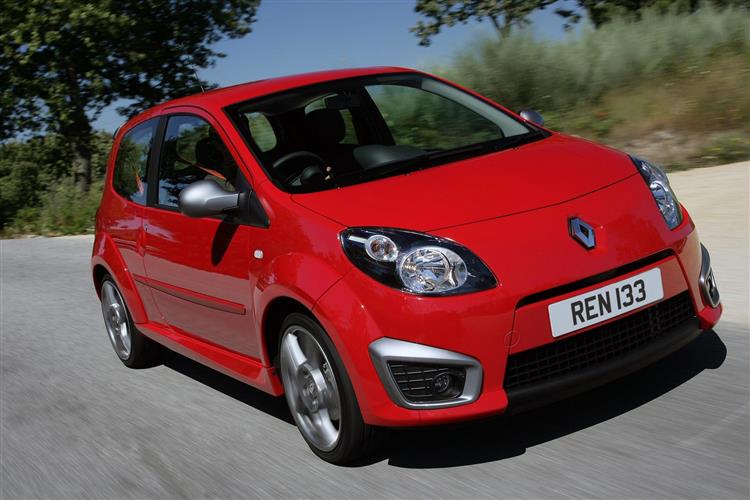